Deli is free for now 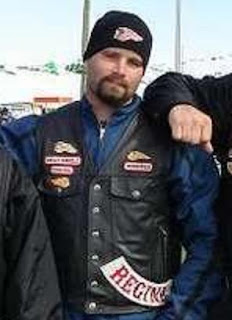 Speaking of drug traffickers, word is the Stony mountain crackhead crew are celebrating the fact that Deli is free! Yeehaw. Crackhead central back in the Peg. Step on a crack pipe for me will ya? Dale Donavan (Deli) was the president of the Winnipeg Hells Angels and went to jail along with his pal with the well groomed eyebrows Sean Wolfe for cocaine trafficking. The Zig Zag crew was selling crack for the Hells Angels. Famous Amos was caught on video.

I’m sure Sean can’t wait to get back into modeling. I never did figure out which 1% he was. Tito was even hanging out with him. Since Sean covered up his I Swallow tattoos with the Dragons I bet the next tattoo he gets covered up is the Loki one. Did ya see Thor and the Avengers? Loki sucks. Thor is awesome. A Demigod has morals. I just saw there’s a new trailer out for a sequel called Thor: The Dark World. The question is, was Deli and them in support of the Ontario village idiots murdering their LHS guy or not? That kinda speaks
MC & Gjengkriminalitet
MC & Gjengkriminalitet is neutral ground.This blog has NO club's affiliation, we're only here to spread the news about what´s going on in GANGLAND around the World.