1.3 tons of cocaine seized in France 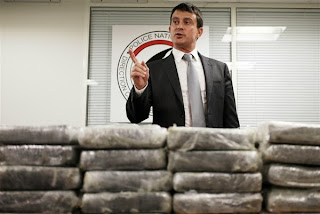 On September 11th police seized 1.3 tons of cocaine from an Air France cargo flight outside Paris that came from Venezuela. Spanish, British and Dutch police helped with the investigation and several members of a criminal organization have been arrested.
The cocaine was stored in 31 suitcases checked in by passengers who didn’t board the plane, Journal Du Dimanche reported. The second seizure was from a truck destined for Luxembourg from the eastern part of France, the newspaper said. 50 kilogram "suitcases" on a cargo plane.

Gee I wonder what criminal organization, the Hells Angels or the CIA? Air France is cooperating closely with the Interior Ministry, which has requested maximum confidentiality in this investigation. Why would they want that?. Valls said four tons of cocaine has been seized in the country since the start of the year. It’s amazing how much cocaine starts getting seized after Sarkozy leaves office.

November of 2010 111 kilos of cocaine was seized in a flat near Sarkozy’s home. The flat belonged to Princess Norah Bint Abdulaziz, a Saudi Arabian Princess, who is said to have known nothing about what was going on and visits the flats for no more than two weeks a year.

Those arrested included two French nationals, an Iranian, and a Venezuelan, are believed to have broken into the £2million flat because its owner is never there. "It's certainly rare to find this in a flat," said Mr Flaesch. "A big cartel was clearly involved in bringing such a quantity of drugs to France and it would have the ability to distribute it after that." Things that make ya go hmmm… 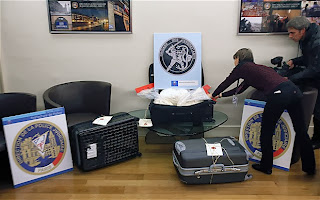