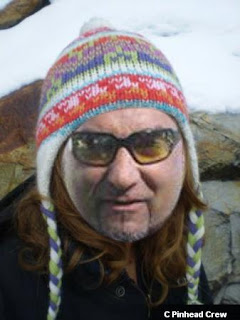 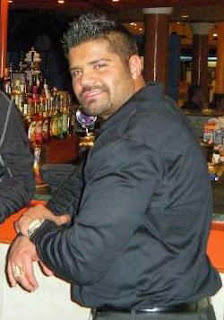 On my Kelowna road trip to see Britney’s murder trial two names came up: Geoff Meisner and Dale Habib. Although everyone knows Joey Verma was associated with Donnie McWhirter, he was also associated with Dale Habib president of the Kingpin Crew. The fact that Joey got a VP tattoo as in Vice President and was recruiting for the Kingpin Crew in prison after being charged in Brittney’s murder was somewhat disturbing.

Sure the Kingpin Crew are hanging low after all the bad press and aren’t wearing their patches in public but neither are the Hells Angels right now. I saw a lot of bikes in Kelowna when I was up there but I didn’t see any HA patches either. Likely the Verma trial as well as the Robert Thomas, David Giles and Johnny Newcome trials have something to do with it. I don’t think they’re worried too much about Uncle Joe’s trial but they are worried about the bad press tied to the other cases and appear to be hanging low for a while.

However, that certainly doesn’t mean they no longer exist and aren’t doing business as usual as we have seen in the recent cocaine bust in Spain tied to the Haney and Mission Hells Angels. It just means they aren’t flaunting their patches in public while that heat is on.

Castanet found a court document that tied Geoff Meisner to the Kelowna Hells Angels and the Kingpin Crew. The worst he was involved in was selling steroids and or laundering money for them in Vegas. Joey Verma and Dale Habib are also persons of interest in Geoff’s murder. Anyone can pull a trigger on a gun and shoot them in the back. Especially when the person they shot trusted them and thought they were their friend.

Not to imply in any way that Dale the Drag Queen has been accused of pulling the trigger in Geoff’s murder. Hell no. That’s way out of his league. He was however charged with hiring people to commit another double murder to avoid paying the person a debt he owed them. He has even been accused of not paying the agreed price for the murder. The people who plead guilty to that murder testified in court that Dale Habib hired them to commit the murder. Somehow that wasn’t enough to convince the court and those charges were stayed. So Dale Habib has a past history of ripping people off and being accused of hiring murders.

The fact that Brittney’s case is finally coming to trial is a good thing. However, we need to remember Geoffs case as well since the same people involved in her murder are persons of interest in Geoff’s murder. Geoff Meisners Ford F350 was found at the Starbucks in Rutland. Joey Verma lived in Rutland at the time.

Now is the time to speak up. David Giles has fallen from grace. So has Robert Thomas. The fact that Thomas and Cocks are getting beat up in prison shows they have lost the support of the Big Red Machine. In the words of mortal combat, finish them. Dale Habib does not have the protection of the Hells Angels any more. Now is the time to take this to the next level and rat out that dirty rat once and for all.

If you have any more information about Geoff Meisner’s murder or who was behind Joey’s in Britney’s murder now is the time to call it in. You can call IHIT directly at: 1-877-551-4448 or contact me. These are two cases that I am very concerned about. 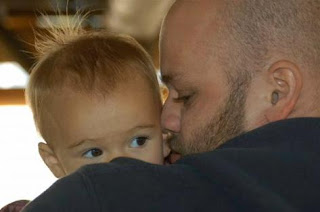