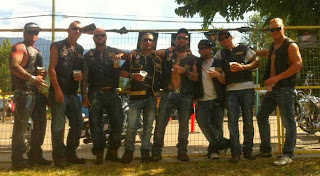 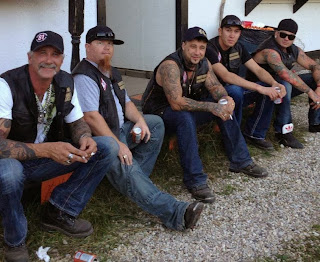 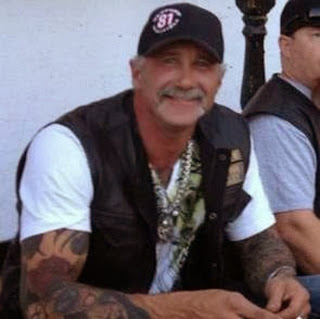 Steve Webster is from the Drayton Valley chapter. 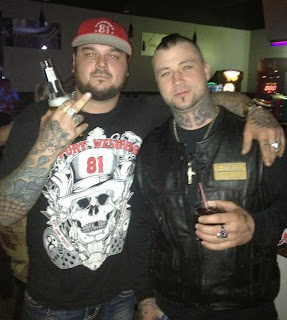 Dusty Blades on the left also appears to be involved with the Drayton Valley chapter. 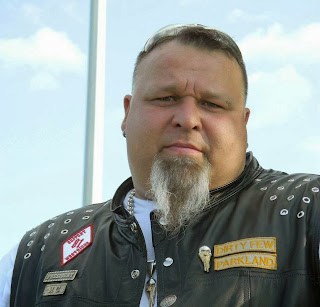 Billy McCabe appears to be the president of the Parkland chapter. 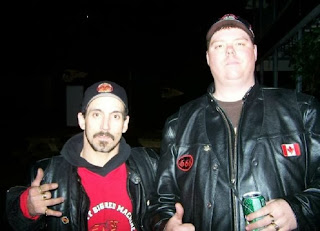 Travis A Wilson on the left appears to be involved with the Whitecourt chapter. 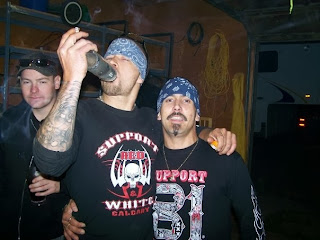 This is Travis posing with a member of the Whiteboy posse. 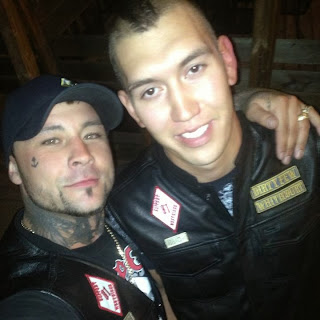 I wonder if this Whitecourt member is going to get set up like Pablo did. The Dirty Few are sporting support 81 Westridge diamonds on their vest just like Pete Butler did. 81 Westridge is the Edmonton Hells Angels - 51. 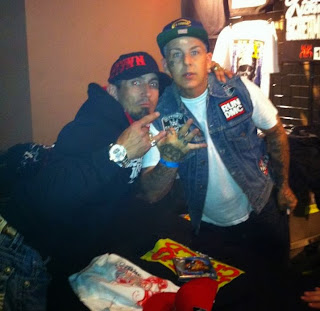 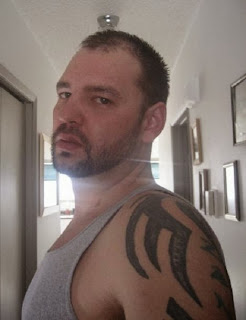 Justin Puppetz appears to be involved with Drayton Valley. 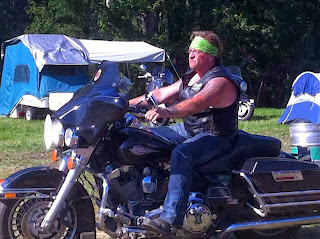 Preston Hamilton the owner of Demons Ink in Spruce Grove appears to be involved with the Seven Sins MC. He is also the cousin of Dion Piercy who is a tattooist from Cape Breton and was a big player on the Syndicate coming to Fort Mcmurray. Too bad these Hells Angels puppets can’t just set aside the drug trafficking and ride motorcycles. I guess that’s an unrealistic expectation when they all support a criminal organization who are murderers and drug traffickers.

This post it sure getting a lot of hits. It’s alright. We’re doing fine. I knew there’d be no help from you. See what happens now when you Google the Dirty Few MC. Welcome to the new world. You’ve been Thunderstruck.
MC & Gjengkriminalitet
MC & Gjengkriminalitet is neutral ground.This blog has NO club's affiliation, we're only here to spread the news about what´s going on in GANGLAND around the World.