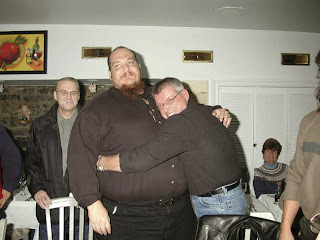 The Ottawa Sun is reporting that Police seized drugs, cash, weapons, 10 cars and have 20 people in custody after dismantling a drug ring linked to the Hells Angels. The haul included: more than four kilograms of cocaine; steroids; more than $100, 000 in cash; several firearms, including a machine gun and two M8-calibre handguns; a Taser; nearly 1,000 methamphetamine pills and 10 vehicles, including a luxury Lexus whose serial number had been tampered with. Implying of course that is was stolen.

The majority of the searches took place in Gatineau however police throughout the Outaouais, and in Ottawa, simultaneously raided 16 homes - 3 in Ottawa - beginning at 2 a.m. Thursday. Another case for criminal organization status of the Hells Angels drug trafficking network. Gatineau is in Quebec and is near Ottawa. No word yet if this ties in to Rob Ford’s dealer in Toronto but Mommy dearest says thanks for your business.
MC & Gjengkriminalitet
MC & Gjengkriminalitet is neutral ground.This blog has NO club's affiliation, we're only here to spread the news about what´s going on in GANGLAND around the World.