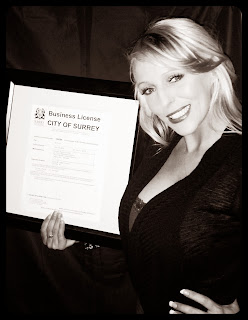 Kerri Kysko, the ex wife of a Hells Angel who was turned away from a shelter because of who her ex was and has written a book about how she was drawn into that life has now officially launched a consulting firm called KAS Confidential.

Kerri Krysko understands the struggles people go through in leaving the gang life behind. She also understands the importance of keeping confidence. One of the keys to her success has been the fact that she has never testified or exposed any club secrets. She’s left her past behind her and has moved on to bigger and better things. Now she’s created a consulting firm to share her experience with others and help them move forward without living in fear.

Kerri states her ultimate goal is to create a shelter for woman who are leaving abuse in gang life that won’t turn them away like they did to her. Kerri wants to change the dynamics in her private transition homes. Without criticizing existing protocols she wants to offer something different. Something safe, secure and uplifting.

When I spoke through e mail with Kerri, she states it’s not just for those involved within the gang life, but for any person who feels the control from someone they feel is powerful. Everyone deserves to be heard and helped. She hopes to do that for others.

She recognizes the importance of what shelters do. They have to keep people safe and she feels what needs to develop is using people who have been there in their lives to shed light and experience in guiding those who are caught in certain circumstances and ultimately how to help them. She can openly say the system has worked for a lot of people but statically those same people often go back, even years later and a new spouse or partner is doing what the last has done. It’s about breaking cycles and habits. Communal living is tough but what’s even harder is breaking the cycle.

She also said her new firm is to help parents who have a wayward teenager or difficulty understanding them. People hear her, teens look up to her. Kerri says "A nudge of support and a plan with the help of knowing their not alone. People just need a chance and someone who will believe in them.” Kerri has taken her book to a whole new level and has used her life as a basis to help others. Consulting, speaking to wide audiences, lending a shoulder to cry on or personally visiting shelters to share her story and success. Kerri states it’s about giving hope.

If you’d like to book Kerri and have her speak at a function or find out more about her consulting firm you can fill out the contact form on her web site or you can contact her directly at: kasconfidential@gmail.com Her company slogan is:

Where CONFIDENCE is a Necessity and Strength is a Must 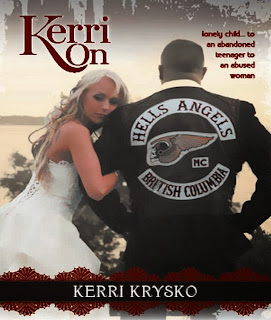 Sounds like Kerri's dream of starting her own transition house could become a reality faster then we had thought. If you would like to donate to Kerri's cause and support her consulting firm or her transition house you can donate to Bank Of Montreal Branch # 3453 Account # 4795-244 or just send an e-mail transfer to kasconfidential@gmail.com Big things are on
MC & Gjengkriminalitet
MC & Gjengkriminalitet is neutral ground.This blog has NO club's affiliation, we're only here to spread the news about what´s going on in GANGLAND around the World.