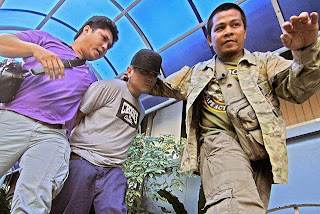 Inquirer.net is reporting that National Bureau of Investigation agents arrested six people believed to have links with Mexico’s Sinaloa drug cartel in raids on three luxury properties in Taguig and Makati cities early Wednesday, bolstering suspicions that the Latin drug trade had reached the Philippines through foreign and local connections. [Manilla Bulletin] 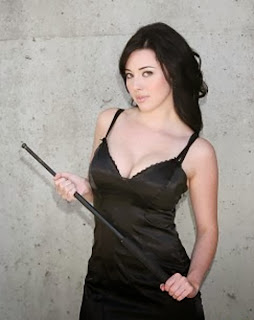 Evidently Tara Leanne Hadden-White is a typo and it's really Tara Hadden-Watts, Leah Hadden-Watts's sister. That would also make Tara one of Spike's nieces. Spike aka Michael Hadden is the president of the Haney chapter of the Hells Angels which was implicated in the large drug bust in Spain. Spike became president of that chapter after Ernie Ozolins was expelled and murdered.

Update: Kim Bolan is reporting on the cub pack and is confirming that it was Leah's sister Tara Hadden-Watts who was picked up by the police in the Philippines
MC & Gjengkriminalitet
MC & Gjengkriminalitet is neutral ground.This blog has NO club's affiliation, we're only here to spread the news about what´s going on in GANGLAND around the World.