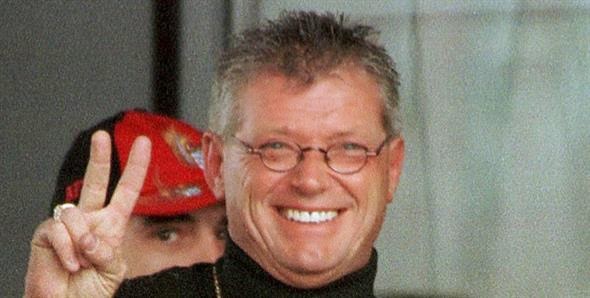 Sources have told QMI Agency the 60-year-old, who was known as one of Canada's most infamous criminals, was officially expelled from the gang.

Boucher, who is currently serving a 25-year sentence in a maximum security prison for the murder of two prison guards, learned he was kicked out of the gang in late March.

The decision to give Boucher the boot was reached at a recent East Coast meeting of the Hells Angels chapters. Sources tell QMI Agency these meetings are used as a forum for conflict resolution between different chapters.

Sources say the reasons the gang is done with Boucher are simple: he has exhausted all legal recourses and he is no longer useful to the gang.

A source from the criminal underworld told QMI Agency that nothing will change in the day-to-day operations of the Hells Angels, and that Boucher's star had faded significantly over the past several years.

"The younger members were not happy with the way Boucher ran the Hells Angels when we were at war with other gangs," the source said.
Boucher will be eligible for parole in 2022.
MC & Gjengkriminalitet
MC & Gjengkriminalitet is neutral ground.This blog has NO club's affiliation, we're only here to spread the news about what´s going on in GANGLAND around the World.