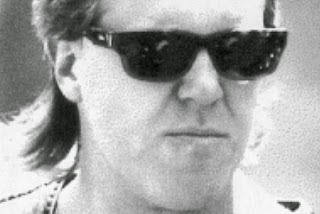 The Toronto Star is reporting that "Former Hells Angel Donald (Pup) Stockford of Ancaster has been granted statutory release from a Quebec prison after serving 10 years for conspiracy to commit murder, drug trafficking and gangsterism.

In June 2004, Stadnick, 56, and Stockford, 47, both of Hamilton, Ont., were convicted of five charges, including conspiracy to commit murder, drug trafficking and gangsterism. They were each sentenced to 20 years in prison for their role in Quebec's bloody biker war. OK so I'm not a brain surgeon but statutory release is after two thirds of your sentence is complete not half. 10 years isn't two thirds of a 20 year sentence.

Stockford was a founding member of the Nomads along with Mom Boucher. In an October, 2000 news report he was described as the Vice-President of the chapter in charge of the Rockers who sold drugs for the Hells Angels. He was part of a group that would negotiate the price of cocaine with the Italian Mafia. Both Stockford and Stadnick were the only Anglophones in Quebec. They were instrumental in the Hells Angels coming to Ontario. Stockford needed a Hells Angels prospect to translate for him so he could explain how to cut down the pcp he had sold them. Tell me again how the Hells Angels are not a criminal organization and that their primary business isn't drug trafficking. The case law is making that impossible to believe.

The Quebec Hells Angels also managed to infiltrate Quebec’s auto insurance system, where at least one office worker searched addresses and licence plates, for $200 apiece. One of those they obtained was for journalist Michel Auger, who was shot eight times but not killed. “The reason why Stockford had the binder of photos at his residence, was because he was a participant in the conspiracy to murder them,” Zigman said as he pronounced the men guilty.

Court also heard that Stadnick and Stockford helped run a sophisticated banking system to launder drug trafficking proceeds. Police estimated its drug sales between March 1999 and December 2000 totalled $111,503,361. "The Angels warred for control of Montreal’s downtown drug trade, from the ritzy restaurants of Old Montreal to the east-end gay district."

Jerry Langton's book Fallen Angel: The Unlikely rise of Walter Stadnick states that Stadnick and Stockford were friends who grew up in Hamilton with no French skills and a pronounced size disadvantage somehow managed to join the Quebec Nomads. Stadnick was 5' 4" tall. 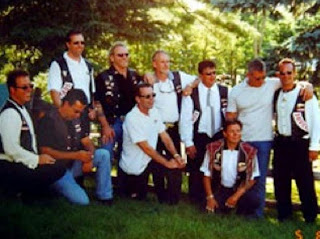