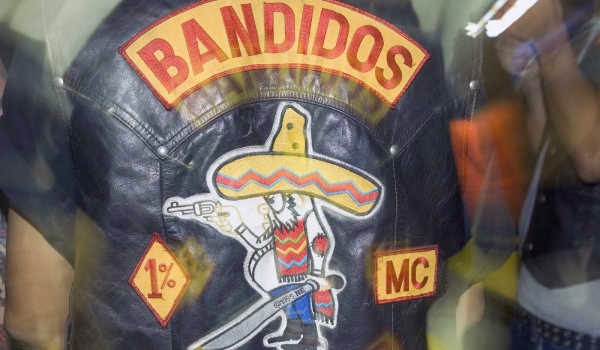 The Central Investigation Bureau (CIB) is leading operations to suppress the criminal outfits because it has the authority to make arrests anywhere in the country. The CIB is supported by a broad team of law-enforcement agencies under the banner of the new Transnational Crime Coordination Centre (TCCC). In the next three months, the police are hoping to crack down on theft, internet fraud and forest land encroachment cases headed by gangs of foreigners. Pol Maj Gen Thitirach

Nonghanphithak, deputy chief of the CIB, is designated as a key person in these investigations. The TCCC was established as an umbrella force that works in collaboration with related divisions in the Royal Thai Police. The centre, headed by assistant national police chief Pol Lt Gen Dechnarong Suthichanbancha, will open officially next Monday (December 15). Gen Dechnarong said many foreigners have committed crimes in Thailand, mainly targeting Thais. In some fraud cases, foreign gangs took the money they duped from their victims to other countries. If left unchecked, the transnational crime rate will continue to rise, and more Thais will fall victim, he said, adding the country is now opening its doors to more foreign visitors. Before its inauguration, the centre's staff met to devise a work plan, said Gen Dechnarong. Teams have now begun planning their investigations using information from the police's main database. The teams have analysed the gangs' methods and are considering which laws they may invoke when pressing charges. "The crimes have cost the victims a lot of money, and some wound up in debt while the criminals have not been arrested," said Pol Lt Gen Dechnarong. Various police divisions have been delegated suppression tasks. The Crime Suppression Division will focus on transnational gangs involved in illegal weapons trade, car theft and general theft cases.Advertisement:Replay Ad The Tourist Police Division will investigate fraud rings — such as "black money" gangs who persuade victims to fork over money for chemicals used to remove dye from “cash” — and thefts of valuables from shops or trade fairs. The Technology Crime Suppression Division will focus on internet crimes, such as internet-hacking and call centre scams. The Economic Crime Suppression Division will look into card skimming, money laundering and pyramid schemes. The Anti-Human Trafficking Division will suppress human traffickers and cases of missing persons. The Consumer Protection Police Division will handle the illegal trade of imported food supplements and drugs. The Natural Resources and Environmental Crime Suppression Division will tackle illicit natural resources and wildlife trading. The Marine Police Division will crack down on gang activity that pollutes the environment. The Highway Police and the Railway Police, meanwhile, will support the other police divisions in tracking down and arresting suspects on the run. Police say foreign gangs have adopted five criminal methods, said Pol Maj Gen Thitirach. In "romance scams", Thai and foreign criminals use social media to approach middle-aged, middle-class Thai women who are either single or divorced. They pretend to be romantically interested in the women, and sometimes trick them into believing in the prospect of marriage. Once they have their trust, the criminals ask for a money transfer. In other scams, they use "skimmers", information-theft devices to swipe electronic data from ATM and credit cards. They later transfer the stolen data to fake cards. Police say other criminals rent houses in Bangkok and other major cities and then break into their neighbours' homes. Call centre gangs, mostly operated by Chinese with help from Thai accomplices, call their potential victims pretending to be bank officers or state officials. They say the victims' bank account has problems that need to be addressed right away — and ask them for their personal banking data. Some criminal organisations smuggle carcasses of protected species and ivory from Indonesia and Malaysia into Thailand through the southern borders. The illicit products are then smuggled to China and to Cambodia and Vietnam. Police say another gang, known as the Bandidos, has been operating on Phuket and Koh Samui. The gang obtained land title deeds illegally with the help of corrupt officials, and built resorts. - See more at: http://www.thephuketnews.com/major-push-against-crime-by-foreigners-50043.php#sthash.lL5AknKi.dpuf