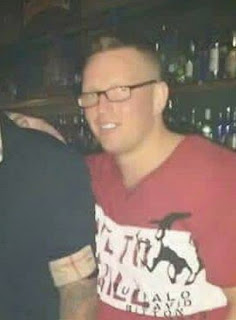 The Winnipeg Sun reported Garry Godson was shot to death shortly after midnight Monday in Winnipeg. "Godson had a significant criminal record including three convictions for drug crimes, including a 2014 conviction in which he pleaded guilty to possession of crack for the purposes of trafficking and was sentenced to 30 months in custody. Police arrested Godson and another man in January 2013 after receiving a tip Zig-Zag Crew members were trafficking drugs from a car driving in the vicinity of St. Vital mall. Police arrested the men and seized 60 pieces of crack and three cellphones." 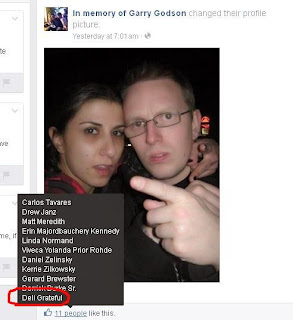 Deli was one of the first people to click like on the profile picture on his memorial. I wonder if he clicked like on Bekim Zeneli's memorial picture. Bekim was from the Hells Angles puppet club LHS which took over for the Zig Zag Crew after they were busted for selling crack. The Ontario Hells Angels shot him dead so they could take over the drug trade in Thompson. After they shot his friend they told Billy to suck it up or be next. He told them to cram it up their ass and crossed over to the Rock Machine. He was the only one in that bunch that had and loyalty or
MC & Gjengkriminalitet
MC & Gjengkriminalitet is neutral ground.This blog has NO club's affiliation, we're only here to spread the news about what´s going on in GANGLAND around the World.