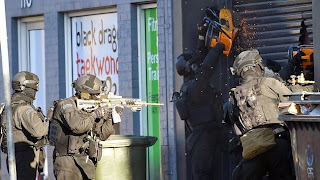 The Herald Sun in Australia is reporting that the Comancheros MC has shut its original Victorian clubhouses in South Melbourne and Hallam under pressure from Victoria Police’s bikie Echo task force. Police have laid hundreds of charges against members of the club. The paper claims the vacuum left by the Comancheros has been filled by Australia’s newest outlaw club, the Mongols.

Former Comanchero president Mahmoud "Mick" Hawi was involved with that big fight at the airport where some Comancheros ran into some Hells Angels and ended up beating Anthony Zervas to death. Mahmoud was first found guilty of murder but appealed the conviction and was later allowed to plead guilty to manslaughter which only makes sense since it was the result of a fight in a chance meeting. There was no prior intent.

The Herald Sun is also reporting that "the Hells Angels, the club the Comancheros had replaced at the top of Victoria’s pecking order, has also experienced a period of change involving the toppling of several of its ranking members. Its most prominent identity, Peter Hewat, is no longer the sergeant-at-arms of its East County chapter in Campbellfield, following his arrest over allegations relating to his behaviour in the towing industry."

Peter Hewat, as we recall, was the Rat King. He was the Sergeant-at-arms for the Hells Angels East County Chapter in Campbellfield, Melbourne. That's the same chapter that kidnapped, gang raped and tortured a girl from Melbourne on another pig farm. It was frighteningly similar to the Pickton farm in Vancouver. Although the Melbourne girl was awarded a token criminal compensation for her injuries, no one was charged or convicted in that heinous crime.

Then there's the Chris Hudson story. They bribed him to betray his former club called the Finks to cross over to the Hells Angels. He was caught on video beating his ex in a bar, grabbing her by the hair and dragging her outside where he then kicked her in the head. Later that day he was assaulting his current girl friend in public when a lawyer and a Dutch backpacker came to her aid. He then pulled out a gun, shot all three and emptied the clip into the lawyer. The lawyer who was a father of three died but the other two survived. That is what the Hells Angels are doing down under. 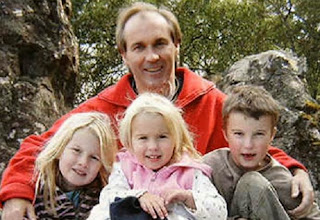