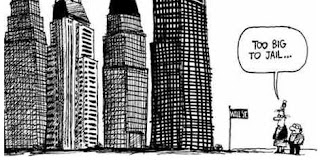 Here's an interesting one. Today's Vancouver Province claims "Money laundering experts say there is no way for Canadians to know how much dirty money is being laundered in Vancouver real estate through Canadian lawyers. As a Province investigation revealed Monday, Canada’s financial intelligence unit Fintrac has ramped up an audit of Vancouver’s booming property market because of concerns that realtors may be turning a blind eye to money laundering."

We're going to have to start an online pool. How long do you think it will take Christie Clark to disband Canada’s financial intelligence unit? Historically, every time a police task force found organized crime, a government body disbanded that police task force. They claim "Canada's dirty money detection system broken all the way through." So instead of fixing the broken system what do you think the odd are that they';ll just get rid of the task force that came up with the report? Judging from their past history, I'd say it's guaranteed. So let's have a pool to see who can guess how long it will take.
MC & Gjengkriminalitet
MC & Gjengkriminalitet is neutral ground.This blog has NO club's affiliation, we're only here to spread the news about what´s going on in GANGLAND around the World.