Confessions of a 'good rat'

Posted by MC & Gjengkriminalitet September 05, 2015
For most of his adult life, Paul Derry has been exploiting other career criminals as a paid police informant. Only he had immunity when he sold drugs and ran guns.

He got the biggest pass of his life in 2000, when he was spared charges for his key role in a Hells Angels contract killing in Halifax. He did what he did best and went to work for the police, and wore a wire when he visited one of the accused in jail. 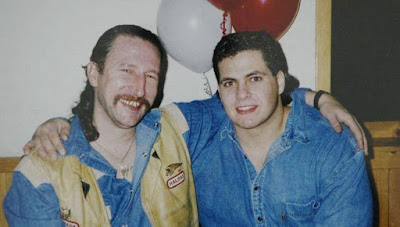 The other people involved in the killing — Hells Angels member Neil Smith, drug dealer Wayne James and gunman Dean Kelsie — are all serving life sentences. Derry’s testimony put away three men, including the Hells Angel who ordered the hit on a rumour that the target had an affair with a Hells Angels mistress. In the Crown’s opening remarks, Kennedy said James and Paul Derry owed money to Smith, a member of the Hells Angels who supplied them with drugs to sell.

“An opportunity presented itself for that drug debt to be cleared, and that opportunity was the murder of Sean Simmons,” the prosecutor said.

Derry now lives at an undisclosed location under a new identity. He spoke with Citizen reporter Gary Dimmock.

Q: As far as intelligence goes, are the cops smarter than the crooks?

A: Cops are smarter than crooks but have to follow rules and crooks don’t.

Q: Have you ever conned the cops?

A: I have manipulated most everyone in my life, excluding my children. I think it is an unconscious trait of a good rat.