Joe Siega is out in bad standing 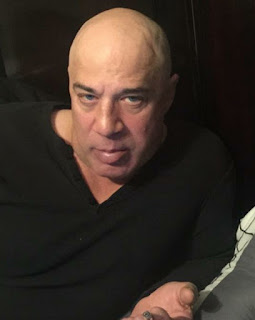 Speaking of compulsive liars, dirtbags and police informants, Joe Siega is out in bad standing. He was a member of the Calgary Hells Angels back when the Bandidos patched over. Someone made a comment on an old blog post claiming Joe Siega was out in bad standing. Then Joe posts his own phone number for everyone including the cops to see admitting he was out but claiming he was out in good standing and started ragging on me in private e-mail demanding I apologize.

Well I checked into the story and have confirmed the allegation so I do have to apologize. I'm sorry Joe you're such an idiot and such a worthles speice of sh*t. Evidently you are out in bad standing for good reason. I respect law enforcement but they're aren't many cops I trust. Even fewer police informants. TBM accept people who rat out their friends to get a reduced prison sentence I do not. If anyone wants to know the truth about Joe Siega's standing with the club I suggest you contact the Calgary chapter themselves or someone who is associated with them. Joe Siega is a compulsive liar and is full of sh*t. Sometimes people get kicked out because they are f*ck ups. This appears to be the case. Good riddance.
MC & Gjengkriminalitet
MC & Gjengkriminalitet is neutral ground.This blog has NO club's affiliation, we're only here to spread the news about what´s going on in GANGLAND around the World.