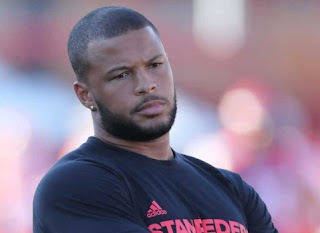 "Obviously this is an extremely difficult and upsetting time for the players and staff," Stampeders president and general manager John Hufnagel said. "It's a terrible tragedy. Our thoughts and prayers go out to Mylan's family."


The Calgary Police said earlier Sunday that they were investigating after a fatal shooting outside a Calgary night club.


The police statement said the victim had been transported to hospital in life-threatening condition before dying of his injuries, but the release did not identify the victim.


Hicks, who signed with the Stampeders in May, was born in Detroit and played for Michigan State, where he recorded a career-high 19 tackles and four pass break-ups in nine games in his senior year in 2014.


Hicks signed with the NFL's San Francisco 49ers as an undrafted free agent in May 2015 before being released at the end of training camp.
MC & Gjengkriminalitet
MC & Gjengkriminalitet is neutral ground.This blog has NO club's affiliation, we're only here to spread the news about what´s going on in GANGLAND around the World.