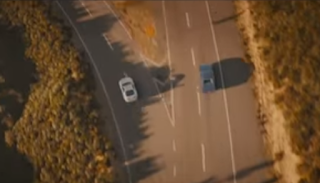 As everyone here knows, high ranking BC Hells Angel Bob Green was shot dead on Sunday. Although I certainly didn't lose any sleep over the death of Jonathan Bacon, I want to be clear in that I am not happy about this murder and I do not support it.

I always thought Len Peltier would get shot before Bob. CKNW is reporting that 27-year-old Jason Francis Wallace is charged with the second degree murder of Bob Green. Jason was a member of the 856 who work for Len Peltier and Bob Green. Jason was charged with drug trafficking along with Lenny last year. It is highly likely Bob Green wanted him to take the fall for Lenny like many others have in the past and he said no.

This murder represents a crossroad for not only Bob Green but also for myself and the future direction of this blog. Obviously the family is struggling with the loss but also with the why. Instantly we all knew it was related to the drug trade. That was the why. We just didn't know the who or which one. We already have an answer to that question as well. It was not a rival, it was internal. Only it didn't come from above, this time it came from below. No wonder he turned himself into the police so fast. He knew he'd be killed if he wasn't in police custody.

I'm not a reporter, I'm an activist. I'm not here to sell newspapers and make money off of a family's tragedy. I'm here to help people see the consequences of their choices and encourage them to leave the life and have a fresh start on life. As I previously said, Bob Green was not a bad man. There are a lot worse out there. He was a good father, loyal husband and devoted friend. He also profited from the sale of drugs. So does the CIA, Hillary Clinton and Wall street.

Bob was a businessman. Sometimes it's hard to find ethical investments. Often when we invest our money, we don't really want to know about the sweatshops or the exploitation that goes on behind the scenes as long as our investment turns a profit. Lenny and Caylan are pieces of garbage. No disrespect to the family. Every family has black sheep so to speak.

Lenny was supplying crack houses in Surrey back when the Surrey House of Horrors was in existence. Larry Mizen was a debt collector that worked for Lenny. Lenny is a weasel who hides behind John Crowston and uses Bob Green's name. Now that Bob is gone the industry will take care of Lenny themselves. Many sources claim that Len Peltier is a rat. Well, he doesn't call it that. When you get busted and get someone who works for you to take the fall they don't call that being a rat. They call that the price of doing business.

It's pretty obvious that Jason Wallace was expected to take the fall for Lenny again and evidently he did not approve of the idea. Why should Lenny the weasel sell out everyone that works for him over and over again? It's also possible Bob Green said that since the heat was on the 856 it was time to change it up and disband the 856 until the heat is off. It's quite possible that the puppet bit the hand that fed him. Which just goes to show, even a 12 year old kid can pull a trigger.

As for the crossroads and the change in direction of the blog, I will reiterate George Christie and Kerri Krysko have convinced me that not all Hells Angels are bad. Not all of them are involved in criminal activity. Many of them are but many more are not. In this case, Bob Green was. Yet he was not like David Giles who boasted that his friendship was for sale or the many pieces of garbage with patches running around Edmonton.

Bob Green's kids are good. His family wasn't involved in the business. This tragedy reminds me of a mother who spoke at the Gang Violence Rally in Bear Creek Park which inspired me to start this blog. They released doves in memory of loved ones lost to gang violence. One mother stood up and said she lost her son to gang violence. Only unlike Chris Mohan and Ed Schellenberg he was not an innocent victim. He was involved in the drug trade. Yet she was hurting too and grieving the loss of her son just like Bob Green's family is now.

The question is, will the club and the press let the family grieve in peace or will they turn his funeral into another circus side show promoting the drug trade when his family had nothing to do with that life and are suffering now as a result. Peace.
MC & Gjengkriminalitet
MC & Gjengkriminalitet is neutral ground.This blog has NO club's affiliation, we're only here to spread the news about what´s going on in GANGLAND around the World.