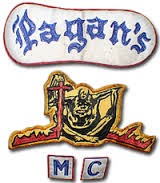 Police can't use a single search warrant to repeatedly send a wired informant into someone's home, a state appeals court ruled Friday in overturning the conviction and sentence of the former head of the Pagans motorcycle club.
The ruling effectively suppresses all the evidence in the state's prosecution of Dennis “Rooster” Katona, 50, said Katona's lawyer, Paul Boas. While the Superior Court order remands the case back to Westmoreland County for a new trial, it's more likely the state will appeal the decision, he said.
“If they choose not to appeal, the case is over,” Boas said.
Katona could ask a judge to release him on bail pending any appeal. He is serving 40 to 80 months in prison for his 2014 conviction on drug charges.
“I fully anticipate we will file an appeal,” said deputy state Attorney General Michael M. Ahwesh, who prosecuted the case.
The state has two appeal options — requesting a new hearing before a nine-judge panel of the Superior Court or requesting a hearing before the state Supreme Court.
In a 2-1 ruling, judges Kate Ford Elliott and Jacqueline O. Shogan said a 1994 Supreme Court decision requires a judge to approve a search warrant when a wire informant enters someone's home as opposed to meeting them on the street, in a car or in a restaurant.
Based on that decision and subsequent state law, “a separate finding of probable cause was required for each in-home intercept.”
Judge Eugene B. Strassburger disagreed. He said requiring police to seek a judge's approval each time they sent the informant into the home would be a burden and the judge approving the order should be able to set the warrant's timeframe.
Most constitutional protections, including the right to be free from unreasonable search and seizures, are supposed to be “burdensome,” Boas said. It is burdensome to get a warrant, read a suspect the Miranda warnings, pick a jury and hold a trial, he said.
“This is a democracy,” Boas said. “It's not supposed to be easy. We're in big trouble the day law enforcement stops complaining about how hard it is for them.”