Hillsborough firefighter wanted as Outlaw gang member turns self in 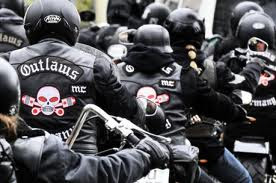 Clinton Neal Walker, 33, of Bradenton was booked on a misdemeanor battery charge at a county jail site in Tavernier, a Monroe County Sheriff's Office spokeswoman said. Walker posted $3,000 bail and was released shortly after his arrest.


Walker was wanted by the Key West Police who say he and other Outlaws members beat up the manager and an employee at a downtown Key West bar called Rumor Lounge on Sept. 27.


A woman told officers the fight started after she got into argument with one of several men wearing shirts and jackets with the "Outlaws" logo, according to a police report.


The arrest warrant, obtained by Key West police on Nov. 10, states Walker is a "confirmed active member" of the Outlaws, considered by authorities to be the state's dominant motorcycle gang. It is strongest in South Florida but has chapters in Tampa and St. Petersburg. According to the FBI, the Outlaws use their motorcycle clubs as conduits for crime, including trafficking in weapons and drugs.
After the warrant was issued, Walker was placed on paid administrative leave from Hillsborough County Fire Rescue pending the outcome of an internal investigation.