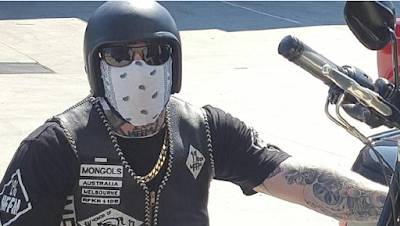 ONE of the nation’s biggest outlaw bikie clubs is considering banning members from ­social media as police intensify scrutiny on the gangs.

The Mongols MC hierarchy is understood to be upset with some members’ Facebook and Instagram use, promoting their lifestyle on public pages.

And the Herald Sun has been told some figures within other big clubs — Bandidos, Rebels and Comancheros — are tired of the “heat’’ members are getting from the law.

While the investigation into the ambush shooting of Comancheros office bearer Robert Morando in Narre Warren last month continues, the incident is not believed to be linked to club rivalries.

There is also mystery around why Mongol sergeant-at-arms Shane Middle­ton has been shot twice in a year.

It comes as Middleton, a club enforcer, and national sergeant-at-arms Shane Bowden, were both placed in custody this week.

Both still have open Facebook pages with pictures of other Mongols, partners and even a baby.

Bowden was jailed on Wednesday for two years after a home invasion in January.

Middleton was denied bail on Wednesday in a separate case after a raid on his car and home after he was admitted to hospital with a gunshot wound to his knee on November 1.

Many gang members list their clubs as their occupations and state they have studied at the “School of Hard Knocks’’.

High ranking bikies such as Comancheros commander Mick Murray, who is banned from contacting other members as he faces criminal charges, do not use social media.

Hells Angels rarely set up individual pages on the internet, although there is a sanctioned Hells Angels site.

This week Toby Mitchell, who is jail on remand, even had a friend post looking for support for his tattoo business.

Some “one percenters’’ upload shots of themselves on planes and travelling business class and even old shots of them fighting in the army.

In past years, outlaw bikies generally kept a low profile and the idea of publicising activities was foreign to them.