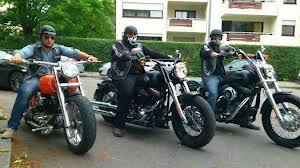 The number of outlaw ­motorcycle gangs and criminal syndicates ­operating on the Gold Coast has doubled as police battle an influx of guns and drugs across southeast Queensland.


And The Australian can reveal more gangs are moving in, with Rock ­Machine group badges spotted in the area last week. The gang, founded in Canada, has had a long-running feud with the Hells Angels, which have aggressively claimed territory on the Gold Coast in the past three years.


Mr Ryan last night issued a warning to bikies that the Palaszczuk government’s new serious and organised crime legislation would give police “more powers, not less”.
“My message to outlaw motorcycle gangs, or any crime group, is: if you commit a crime, the police will catch you and you will suffer the full force of the law,” he said. “The Palaszczuk government does not tolerate organised crime in Queensland and we will work across all agencies to ensure the safety of our communities.”


Two days after Premier Annastacia Palaszczuk repealed the Newman government’s anti-bikie laws last week, police raided the homes of three senior members of the Hells ­Angels and Nomads.
On Friday, three days after the new legislation was supported in parliament, Nomads associate Jason Boyd was shot dead in Carrara. Taylor Ruatara, who has reported links to the New Zealand gang Black Power, was charged with his murder.


The government’s new laws will ban bikie colours in public, but gang members reportedly ignored the crackdown last week, riding in their colours on the Gold Coast Highway.


The Australian has previously revealed the Hells Angels and ­Nomads have recorded a major spike in numbers in southeast Queensland, with gang members arriving from interstate.
The Palaszczuk government claimed the Newman laws “proved ineffective”.


Surfers Paradise MP John-Paul Langbroek, who has led the Liberal National Party response to Ms Palaszczuk’s bikie law changes, said the gangs believed they were “back in charge”.


He said he feared the violence that the gangs have wrought overseas could occur on the Gold Coast as new chapters are established. 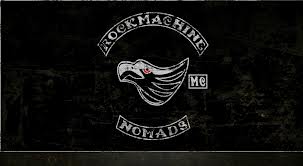