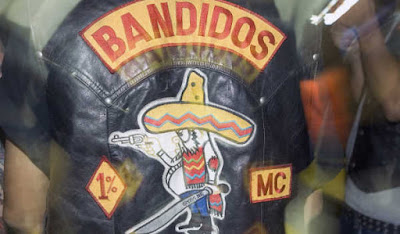 SAN ANTONIO -- A west side church pastor is teaming up with the notorious Bandidos Motorcycle Club to help families in need this Christmas.


Pastor Jimmy Robles of Last Chance Ministries is preparing for his church's annual Christmas event by collecting gifts to hand out to families in need.
“We're expecting a couple of thousand people to come out,” Robles said.


It's the tenth year for the event, but this year Robles wanted some extra help.
So, he extended a hand to the Bandidos Motorcycle Club.
“We're all people,” said Robles. “We're all human and we're here to love the community.”


The Bandidos have been associated with illegal activity and violence. Most memorably in 2015 when a shootout in Waco between the club and a rival gang left 9 people dead.
However, Robles says Christmas is about unity.
“We need to change something from negative to positive, because I know a lot of people from the Bandidos… and they have a beautiful heart,” he said.


Bandidos member Mario Valdez asks the community not to judge their group based on the actions of a few.
“We're from here too,” said Valdez. “We want to help out of the kids. We know this time is a needy time and we like seeing the smiles on them.”


Robles reminds people even he has a checkered past, but he turned his life around after he was given a second chance.
“If a cocaine drug dealer like myself can be a pastor, then it's possible for anyone,” Robles said. “If those doors would have never been open for me, I wouldn't be the man I am today. So that's why I believe in opening doors to everyone.”


Everyone is welcome to attend the Christmas event.
It's this Saturday, December 17, from noon to 5pm at Last Chance Ministries on 404 Brady Boulevard near Highway 90 and South Zarzamora.


In addition to the toy giveaway there will be food, games, and music. It's all free.