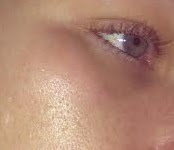 Recently I met with a 26 year old woman who had been assaulted by a 52 year old Hells Angels associate in Surrey. I saw the police report, pictures of the bruises and spoke with a witness. The police report stated that the police found Hells Angels paraphernalia in the guy's home when they arrested him. His brother is a full patch member of the Hells Angels and he regularly uses the name of the club when he does business.

Now I'm not going to name names at this point but if that piece of garbage touches her again I most certainly will. I will name him, his brother and the chapter they are connected to. Just so the club knows who I am referring to, the guy is a petty thief from Newfoundland and has a criminal record including armed robbery back in Ontario. Tell me his brother isn't another a left over from the Ontario Nomads. That would explain everything.

I dont want the club to pull a Larry Mizen and kill the guy just because he got some bad press. Lenny was fully aware of what Larry was doing in the name of the club and he sanctioned it. I'm not sure the local executive is aware of what this Newfie is really up to. Don't pull a Lennoxville Massacre either just because the guy is using too much of the product. Just be aware that this guy is bad news. He's not badass like George Christie. He's little league like the bad news bears.

In memory of this young girl's dead Irish father, I will keep an eye on her to make sure she is safe just like I would for my own daughter. Step back toy soldiers, Finain is a now a Godfather.

I gave her a copy of Kerri Krysko's book Kerri On and she can't put it down. She's half way through Kerri's second book already and can totally relate to Kerri's story. When I first saw the wedding picture on the cover of Kerri's book I was saddened by the lost look in her eyes. I didn't realize that she used makeup and photoshop to cover up her black eye he gave her the night before they were married. No wonder she had a lost look in her eye. 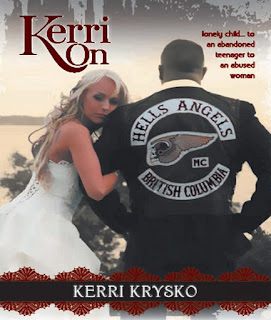 In Kerri's second book Kerried Away, she has a wedding picture without the photoshop where you can clearly see the black eye she was hiding. Kerri's first two books Kerri On and Kerried Away are still available in hard copy at Chapters and in electronic format on Google Play.

Kerri's first book concludes "even though I was with a Hells Angel, it doesn't mean they are all like that, or even every police officer is righteous and perfect. Evil and meanness comes in all forms from a parent to a preacher, only we as people will change this world, with acts of kindness and goodness. We are all humans, we all bleed, we all hurt and we all suffer our own personal demons, we all have a heart so we need to use that heart to spread the love and save a soul one day at a time." Like I said, Kerri Krysko is a bright light in a dark world. Peace.