Posted by MC & Gjengkriminalitet March 31, 2017
B.C.’s anti-gang police say that up to 200 people, including full-patch Hells Angels members, could ride on Vancouver Island this weekend in honour of a prospect murdered earlier this month.

Sooke man Michael Gregory Widner, 39, went missing earlier this month, and his remains were discovered days later along the Pacific Marine route near Port Renfrew. RCMP later confirmed that Widner had known connections to the motorcycle gang and that his death was being investigated as a homicide. 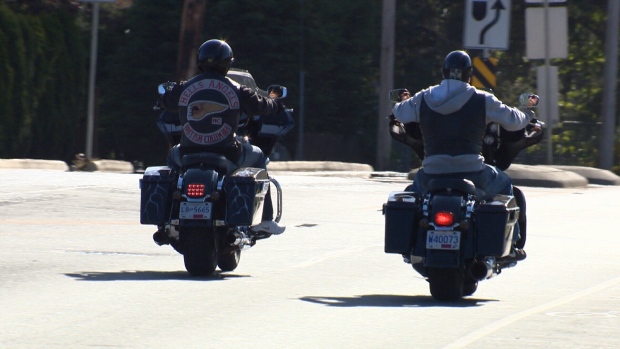 B.C. members of the Hells Angels are shown riding their motorcycles in this undated file photo. (CTV Vancouver Island)

B.C.’s Combined Forces Special Enforcement Unit says the memorial ride is expected to take place Saturday afternoon. Riders will start in Nanaimo and end up at a known Hells Angels clubhouse on Spencer Road in Langford.

CFSEU-BC says activity at the home has been quiet recently, but it’s still considered a gang lair.
Rides like this are as much about reminding the public and rivals that the gang is around as they are about paying respects to the deceased, according to CFSEU-BC.

They say Mounties and gang unit members will monitor the ride from start to finish, ensuring public safety. Motorists travelling on the Island Highway should expect delays Saturday afternoon due to the ride, CFSEU-BC said.