Posted by MC & Gjengkriminalitet May 31, 2017
What started out as what would be the perfect 3-day weekend at an Oregon campground complete with cool bikes, great grub and unparalleled camaraderie was changed forever in a split second.


For several people riding toward the campout, a deadly nightmare ensued. It was fairly late Saturday night, about 10:35, when the worst happened to a group of motorcycle riders on their way to the 40th Fossil Campout, an annual event hosted by A.B.A.T.E., a well-known motorcycle rights Group. The bikers were just east of Fossil on Highway 19, closing in on their destination of Bear Hollow Park where friends and family waited their arrival. 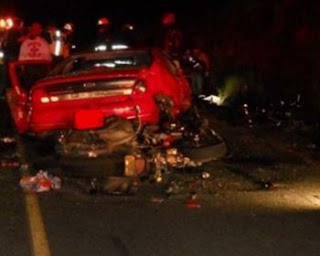 Many of those in the group were members of the Gypsy Joker Motorcycle Club. The Memorial Day weekend event at Fossil is something they, and other bike clubs, look forward to all year long. At about milepost 61, a car travelling westbound crossed into the oncoming lane, striking the large pack of bikes. According to sources, the car was speeding and crashed into the bikes while doing a 180-degree turn. The group of bikes was reportedly going about 25 mph. Two men died on scene.
Several other riders suffered numerous serious and traumatic injuries. Medical responders came with ambulances from Spray, Fossil, Condon, and Arlington. Five different emergency Air transports occurred from both the scene of the crash and from the Asher Community Health Clinic.

As Wheeler County is a frontier rural county, the nearest trauma level medical care is about 90 miles away.
“I’ve seen a lot of wrecks in a lot of years and I’ve never seen anything like this,” said Rick Shaffer, Wheeler County Fire Services Coordinator.

A local crane had to be called in to assist in clearing the wreckage and get the highway back open, after nearly a nine-hour closure. The driver of the motor vehicle, 50-year old Lisa Ann Niehaus, of Condon, was arrested and booked in jail on multiple charges including two counts of Criminally Negligent Homicide, three Counts of Assault in the Third Degree, and several misdemeanors.

A number of the victims remain in critical care at regional area hospitals. We have been told that two men have lost a leg, and at least four are suffering from serious injuries including broken bones and severed arteries.

Names of those lost and injured are not being released yet, though next of kin has been notified. The criminal investigation is underway and more will be revealed in the coming days. This is a bewildering, tragic end to the month of May, “Motorcycle Awareness Month”. Salem-News.com offers our sympathy to all the victims of this terrible event. 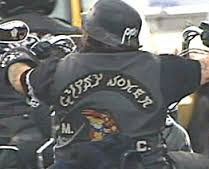 Info about injuried persons from Gypsy Jokers
GJ Justin lost left leg below knee, GJ Ranger lost left leg below the knee, 9 broken ribs, one or both wrists broken and 2 fused vertebrae. GJ Naked Dave has broken tibia , GJ Brandon neck issues, GJ Luke had severe bleeding in his leg that has been stopped, all are stable. GJ Leroy had a shoulder injury and is home. GJ Flash and GJ Aron both died at the scene. In the hospital currently are Ranger, Justin, Luke, Dave, Brandon and Brandon's old lady Pam. In addition to all of the above, Stoleit went down too. He was just battered and bruised and his old lady broke her ankle or leg they an Leroy got a ride to a more local hospital, Stoleit and Leroy are out of the hospital.