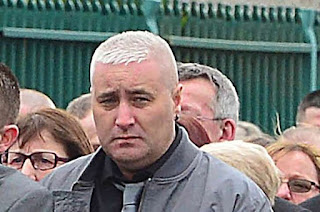 The Mirror is reporting that "The dad shot dead in a busy Sainsbury's car park while holding his son in his arms this afternoon has been named locally as James Colin Horner." This absurd tragedy happened in Bangor, Co Down, Northern Ireland. I haven't kept up with news back in Ireland lately but from my understanding the troubles so to speak had greatly simmered down. Bangor was a wonderful mixed area and was never known for sectarian violence.

Turns out the shooting is a second in an internal conflict with the Protestant Paramilitary group known as the UDA for Ulster Defence Association. The UDA used to be fairly mainstream. The UVF (Ulster Volunteer force) and the UFF (Ulster Freedom Fighters) splinter groups where more prone to extremism back in the day.

The Mirror explains that "Police believe Mr Horner, known as Colin, was targeted as part of the loyalist paramilitary feud involving the UDA in East Antrim. It is understood the victim had moved from Carrickfergus to Bangor in the last 12 months and had been a vocal supporter of Geordie Gilmore Snr who was murdered last March. The young dad, who had been living in Rathgill, was shot six times in the lower body." Antim was another peaceful mixed town. 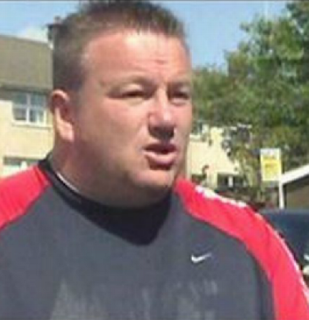 Ah ha! It's drug related. Today's victim was executed for supporting Former UDA commander Geordie Gilmore who was shot dead for opposing the drug dealers in the UDA splinter group SEA UDA who had been kicked out of the original UDA. The Belfast telegraph is reporting that Gilmore "Vehemently opposed to the UDA's drugs rackets, he drew support from disaffected veterans disgusted at the organisation's involvement in the vile, but lucrative, illegal trade. He dared to stand up to the leadership of the breakaway South East Antrim brigade."

A few years ago I had a member of the INLA in Belfast (a socialist branch of the IRA) contact me asking my opinion about the Hells Angels who were at that time kissing IRA ass trying to open up a chapter in Belfast. I told him straight up they will be selling crack and prostituting the fair daughters of Ireland faster than you can say stabbed in the back.

He said the IRA shoot drug dealers dead in Belfast. I smiled and said as tempting as that may be, we're not quite there yet here in Canada. He said the Hells Angels set up shot in the Protestant side of Belfast which would make more sense since the break off protestant paramilitaries deal drugs. However, I understand the IRA is having the same problem in the South with break away groups dealing drugs in Dublin. Now it's all about the drug money just like everywhere else.

Since the Hells Angels are now in East Belfast, three guesses as to who they are tied to in this drug related conflict. Can't say I didn't warn ye. Follow the money.