Posted by MC & Gjengkriminalitet August 27, 2017
Around 80 bikers gathered in Fredericton Saturday morning at a memorial service for Ronald Richard, a former Bacchus motorcycle club member who was killed in July. Patches for various outlaw motorcycle gangs were visible as people rolled into the the Kinsmen Club, located near Devon Middle School on the city's northside.

About 10 of the bikers' jackets had Hells Angels New Brunswick patches. Others displayed the logos of Gate Keepers, Elm City Fredericton, Miramachines, as well as some from Nova Scotia and Quebec. 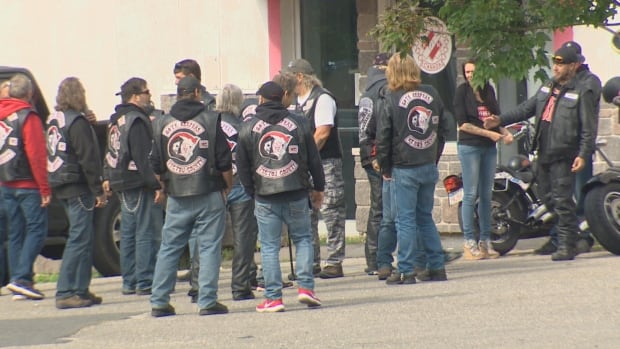 Several members of Gate Keepers New Brunswick were in attendance with at least nine other patches from various outlaw motorcycle groups visible. (CBC ) 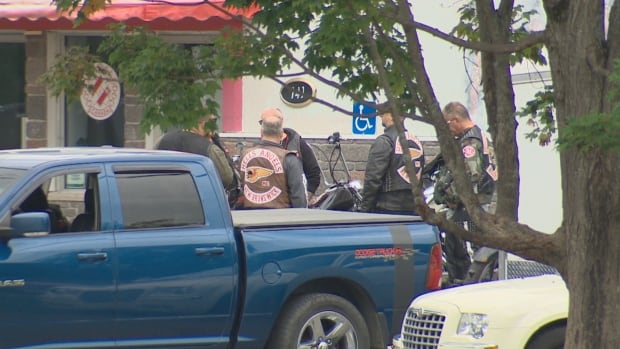 Members of Hells Angels New Brunswick attened the memorial service for Ron Richard, which was organized by Gate Keepers. (CBC)

Fredericton's Gate Keepers chapter organized the event. A slogan on the poster for the celebration of life was "Raising a little hell even behind heavens gate." As people arrived, they exchanged handshakes and brief hugs. One man wearing a Hells Angels New Brunswick jacket was greeted by everyone in attendance.
Police drove by several times before and during the 11 a.m event. Sgt. Scott MacKenzie said they had no reason to believe the event was anything but a simple gathering. RCMP discovered Richard's body on July 23 in Hardwood Ridge, a community about 10 kilometres north of Minto. They ruled the 50 year old's death was a homicide and said it wasn't random (link is external). There have been no arrests in the case. 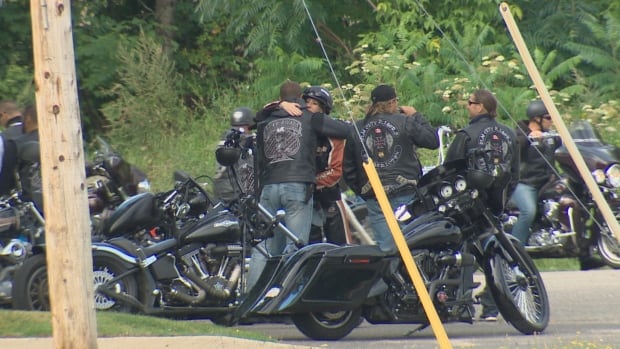 People exchanged hugs as they arrived at the Kinsmen Centre on Fredericton's northside. (CBC )

Richard was charged in December 2014 on several drugs, firearms and prohibited weapons charges, where he was described in court as a Bacchus member. He was convicted of possession of benzylpiperazine, a drug known as BZP, and possession of marijuana over 30 grams.

Richard's lawyer Rodney MacDonald previsouly said he left the motorcycle gang more than a year before his death. 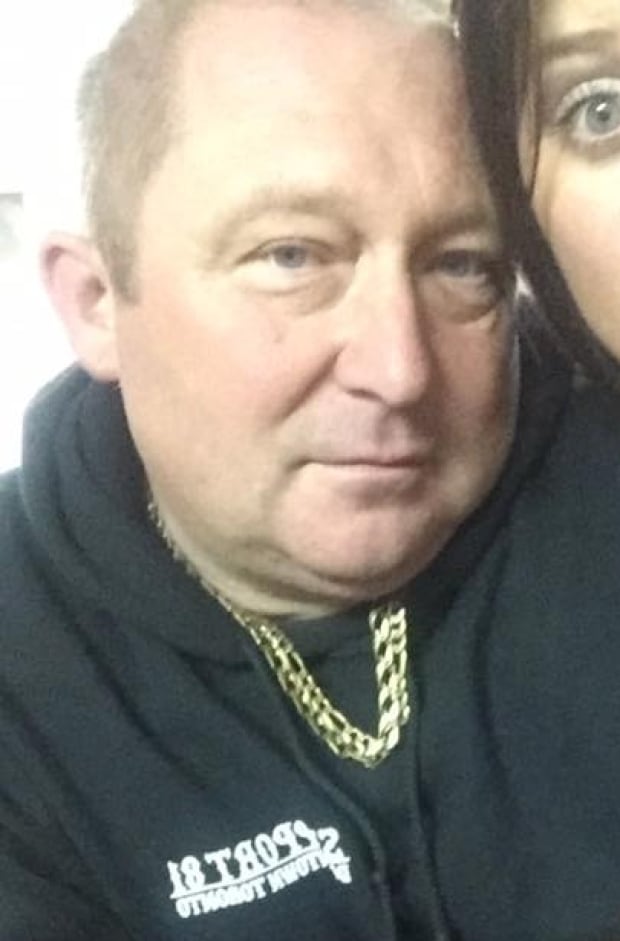 The RCMP's major crime unit is investigating the homicide of Ronald Richard. (Facebook )

On Friday, Robin Moulton, 48, of Fredericton was arrested and charged with possession of cocaine for the purpose of trafficking and possession of a restricted firearm — a 9 mm Beretta — without a licence.

Moulton is described as a full-patch Hells Angels member and is scheduled to appear in court again on Aug. 31. Moulton was friends with Richard on Facebook and in a post described him as a "fallen president" of the capital city Gate Keepers New Brunswick.