Finks bikie enforcer kicked out of two countries in one day 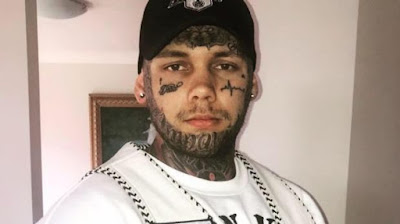 Possibly with his Fink tail already firmly between his legs after being refused entry to a gang holiday in Bali, bikie enforcer Jesse Johnston got off a plane at Sydney Airport only to be met by more authorities.

This time the 22-year-old, who likes to go by the social media moniker Alphonse Fink, denied he was a member of one of the most feared bikie gangs in Australia and just wanted to head home to the Central Coast.

But, after Australian Border Force officials found clothing sporting the gang's distinct "rat Fink" emblem, Johnston was told his entry was being denied and he was deported to his native New Zealand. Because, despite his denials, Johnston had been quickly moving through the national ranks of the Finks and, despite his age, was already the sergeant-at-arms of the gang's Newcastle chapter. Johnston, a former kickboxer, had emigrated across the Tasman at least three years ago.
Photo: Supplied


However, Johnston's double knock-back on Monday is not isolated.

Along with a second Finks member was also deported upon his return from Indonesia on Monday, authorities have kicked 160 bikies out of the country in the past three years. Tougher laws introduced in November 2014 gave authorities more power to revoke residency visas and deport troublesome bikies.