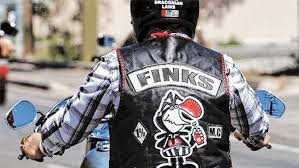 Two men alleged to be high-ranking members of the Finks have been arrested following police investigations into criminal outlaw motorcycle gang activity in the Hunter. Police executed search warrants at homes at Chisholm and Cameron Park about 6.30am Friday. During the search, officers allegedly seized prohibited drugs, cash and a prohibited weapon.


Two men were arrested in relation to investigations into an affray in Maitland in early December.
Officers also conducted five firearm prohibition order searches as part of the operation on members of the Finks, Rebels and Nomads OMCGs.
The operation came as part of Strike Force Batterson, which was jointly established by State Crime Command’s Criminal Group Squad Strike Force Raptor and Northern Region police to investigate violent activity by those associated with Outlaw Motorcycle Gangs in the Hunter.


Detective Inspector John Walke from the Criminal Groups Squad said that the arrests should act as a warning to those who place the community at risk.
“We will not tolerate violent behaviour and will take all necessary steps to protect the community from such behaviour,” he said.
“Today’s arrests come not only as a result of the tenacity of our investigators but also from information from the community.”