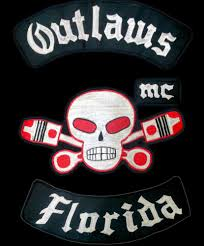 Police agencies across Tampa Bay are now monitoring several upcoming funerals for motorcycle club members.
"We’re not going into great detail about what we are doing but there are a couple of funerals coming up that we’re keeping our eye on," said Kevin Doll with the Pasco County Sheriff's Office.

Saturday marks the funeral for a documented member of the "69 Motorcycle Club" at St. Lawrence Catholic Church in Tampa. Pasco deputies last week arrested three men from the same gang for the shooting death of Paul Anderson, 44, president of a rival gang, "Outlaw Motorcycle Club" in Pasco County.

Tampa Police officials tell ABC Action News that they are "aware and monitoring" the situation, but wouldn't give specifics for Saturday's funeral.
“Are public events such as funerals a place where we could see a retaliation move?," asked ABC Action News reporter Ryan Smith. "Anything’s possible," said Doll. "I’m not going into hypotheticals. We're aware of these funerals and we're keeping an eye on them."

Paul Anderson's funeral is scheduled for January 6, at Dobies Funeral Home in Holiday. Pasco investigators are working to make sure innocent citizens are not caught in the crossfire of a violent rivalry.
“If they are participating in these funerals, we just ask them to be aware and if they do see any criminal activity, to notify their local law enforcement so it doesn't’t get out of hand," said Doll.