Posted by MC & Gjengkriminalitet December 03, 2017
A member of the Hells Angels from Ontario has been granted bail on drug-related charges he faces in Nova Scotia. 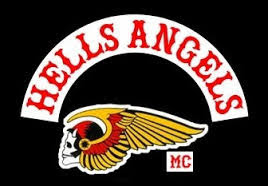 Mark David Heickert, 48, of Orillia was arrested in Ontario a month ago during a series of police raids against the outlaw motorcycle gang.

Heickert and an Eastern Shore man — Paul Francis Monahan, 61, of Ostrea Lake — are jointly charged with four counts of conspiracy to traffic cocaine and one of conspiracy to possess proceeds of crime.

The Crown consented to Heickert’s release this past week in Dartmouth provincial court on a $15,000 recognizance that included a cash deposit of $10,000.

Judge Alanna Murphy ordered Heickert to remain in Ontario except when attending court and to report to a police officer in Nova Scotia by telephone every Monday and Friday. Heickert is not allowed to communicate with Monahan or associate with any members of the Hells Angels or affiliated clubs. He’s also forbidden from having any weapons and possessing or consuming drugs.

After a nine-month investigation, RCMP executed search warrants Nov. 1 at homes in Ostrea Lake and Orillia and the Hells Angels clubhouse in Musquodoboit Harbour.

The men’s charges are due back in Dartmouth court Dec. 19.