Rebels bikies walk away laughing after trials end in not guilty 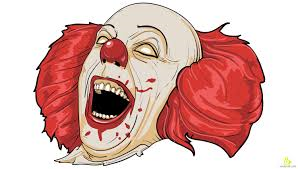 THEY were supposed to be the trials that gutted the Rebels bikie gang and put a swag of its members ­behind bars. Instead, all four accused Rebels were acquitted in one case, the eight accused were found not guilty in the other and a prominent bikie will get a payout, which could be well into the six figures, from taxpayers to cover his legal costs.

Both marathon cases involved ­Rebels bikies on trial for allegedly shooting, beating and torturing ­fellow members — but it seems the jury did not believe the witnesses.

Rishaad Christian told the court he was the sergeant of arms of the Rebels Penrith chapter at the time he was shot.

The first trial saw a jury in the Downing Centre District court ­acquit Rebels Troy Cusens, Jamie Saliba, Chris Rymer and Eldin Muju­evic over an alleged plot where ­fellow member Rishaad Christian was lured to the Mount Druitt clubhouse before he was shot three times and beaten with a baseball bat until the weapon broke. On November 2 eight Rebels were found not guilty in the same court of torturing a former member in a 36-hour ordeal at a Western Sydney house.

The case fell over after the alleged victim’s story didn’t add up, including why he went back to the house shortly after he had “escaped”. Also in November, Cusens, the Mount Druitt chapter president, won a costs order that will cost taxpayers a sum that could go into six figures — to cover his legal bill.

Cusens’ lawyer Leo Premutico declined to comment other than to say he was negotiating the exact ­figure with the Attorney-General’s department. Saliba, who has face tattoos and carried a Bible into the dock on most days of the trial, also applied for costs but was unsuccessful.

Detectives collect evidence at a Rooty Hill address earlier this year after an incident during which 14 shots were fired into a home believed to belong to Rishaad Christian.

The first trial ran from March 22 until May 9 and it appeared that the jury did not believe the account of Christian, the alleged victim and main Crown witness. Christian, a drug dealer whose application for bail on other charges had been refused when he entered the witness box on March 30, told the court he was the sergeant of arms of the Rebels Penrith chapter at the time he was shot.

Asked by the crown prosecutor to explain what that required him to do, Christian told the court: “It means I’m in charge when we go to war.” Moments earlier, Christian had been brought in under the guard of Corrective Services officers. Judge Stephen Norrish explained to Christian that this was to ensure he would be safe from the four ­accused men in the dock.

Chris Rymer, third from left in white t-shirt and black vest with fellow Rebels.
“I wouldn’t worry too much, your honour, there’s not enough of them,” Christian told the judge. At another point while giving evidence, Christian looked at the men and sang: “Run, rabbit, run.”

Christian was shot three times in the leg and left with facial fractures and bleeding on the brain after the incident in the Rebels clubhouse in Minchinbury on July 7, 2014. The court was told that Christian turned up to what he thought was a club meeting. But when he walked into the club at 8.16pm he had a gun pointed at his head.

Christian ran and the men chased, shooting at him before they bashed him on the street outside the clubhouse. The men were wearing balaclavas but Christian later told police he ­recognised the voices as Saliba and Rymer, the court heard. But, by the time the matter went to trial, Christian’s credibility ­became a problem for the pros­ecution case.

Rebels members prepare to ride in a procession of more than 300 from their Bringelly club house.

The court heard that Christian approached a solicitor who had acted for Saliba and Rymer in the early stage of the case and ­demanded money in exchange for him changing his evidence and making the case “go away”.

There was also the question of whether Christian could actually identify the men by the sound of their voices. He also gave the police different accounts of what was said, the court heard. Then there was the actual ­mot­ive for the shooting. One theory heard by the court was Christian was shot because Saliba and Rymer owed him money for a drug debt.

Rebels Motorcycle Gang Bikies Arrive in Tasmania for Chapter Anniversary. Credit - Facebook/John Clark via Storyful
But the court was told this could have been a motive for Christian to falsely accuse the two men of shooting him. In relation to the second trial, lawyer Abdul Reslan, who acted for one of the accused men, said: “The identity of the true assailants could not be determined and so the ­accused were acquitted.”

The Office of the Director of Public Prosecutions did not ­respond to questions, including if there would be an appeal in either case or if it was the right decision to proceed with the cases given the evidence available.

JUST a year after police confidently declared they had been kicked out of Australia, a feared Dutch-based outlaw motor­cycle gang is back. Satudarah, which had set up a base in NSW and was eyeing off Queensland and South Australia, in 2015, was raided in January last year, its Sydney clubhouse shut down and drugs and firearm components seized.

A member of the Satudarah Northern NSW/Gold Coast chapter shows the colours.

But new police intelligence has found not only was the shutdown “only temporary” but they are back and actively looking to expand by forming alliances with already established Australian OMCGs.
“They did effectively shut down a chapter in Sydney, however they are certainly looking to expand in Australia, they are still active in Australia,” a senior law enfor­cement intelligence officer told The Sunday Telegraph on condition of anonymity.
“They haven’t established here in a co-ordinated sense because thankfully they haven’t chosen the right ­people to do it.
“But given the lucrative drug market here they are certainly targeting Australia as a place to set up.”

It is understood the group, which shamelessly over-­promotes itself as a “family club” through social media, is avoiding potential clashes with other biker groups by bartering “facilitation” in Australia, ­notably with Hells ­Angels, for market access offshore in Indonesia. According to Satudarah, its membership in Australia ­includes Australian Defence Force personnel.

Meanwhile, the Australian Criminal Intelligence Commission produced 414 intelligence alerts on bikie gangs in the 2016-17 fiscal year. The previous year it only had 60.