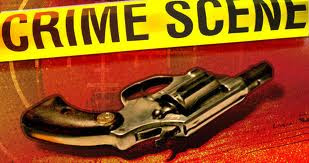 The jury in the shooting death of a London bike gang member viewed a video on Monday of the crucial seconds leading up to the incident. The youth accused of first-degree murder is seen pacing back and forth in front of four security cameras just outside the after-hours club run by the victim, Steve Sinclair.

But just before 5 a.m, the youth dons a glove, appears to pull something from his clothing and strides quickly across the view of a security camera. Sgt. James MacLachlan, the London police detective who analysed hours of security video, said the accused youth seemed to be walking “purposefully” after a couple of hours of casually strolling around the property.

The audio then picks up the sound of three gunshots, but an image of the shooting is not captured by any of the four cameras. A 17-year-old Hamilton teen has pleaded not guilty in the death of Sinclair, a 49-year-old sheet metal worker and member of the Gate Keepers, a support club for the Hells Angels.

The defence lawyers for the youth do not dispute he is the person seen in the video.
The name of the youth, who was 15 at the time of the shooting on Sept. 6, 2015, cannot be published under Canada's youth justice law. MacLachlan said there are a number of people seen on the video walking around the parking lot over the course of several hours, but the accused youth was the only one wearing a hooded sweatshirt.

While the moment of the shot was not captured on video, other witnesses who testified Monday say they say a male wearing a hoodie raise his arm and shoot. Miranda Ford, a patron of the unlicensed after-hours club known as The Lounge, said she heard someone say something “aggressive” to Sinclair. She said then saw a tall thin male in a hoodie raise his arm and fire shots.

Bilal Taj, a taxi driver who was parked in the lot, also testified he heard the shots and looked up as the hooded male fired the final shot. The trial continues Wednesday with testimony from Hamilton police officers who arrested the youth in that city about a week after the shooting.