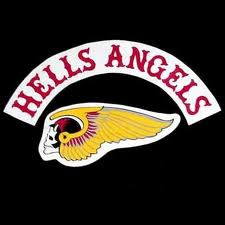 A judge has stayed charges of first-degree murder and conspiracy to commit murder against a Dartmouth man who was awaiting his third trial in connection with a 2000 killing ordered by the Hells Angels.

Steven Gareau, 61, has been behind bars since Oct. 13, 2000, 10 days after Sean Simmons was shot to death in the lobby of an apartment building in Dartmouth.

Gareau was found guilty at trials in 2004 and 2014 of helping set up the shooting, but the results were overturned by the Nova Scotia Court of Appeal (link is external) in 2012 and 2016 and new trials ordered.

Justice Jamie Campbell ruled Wednesday in Nova Scotia Supreme Court in Halifax that it would be an abuse of process to try Gareau, who is confined to a wheelchair and in failing health, for a third time.
“A third trial could not be fair and would also undermine the integrity of the judicial process,” Campbell said in his decision.
“No remedy could secure a fair trial and no remedy could preserve the honour of the system that allowed such a trial to take place. That is so even considering the serious nature of the charge and the interests of society in seeing it brought to trial on the merits.
“A stay is ordered to prevent an abuse of process in the form of a third trial from taking place.”

Two other men — Hells Angels member Neil Smith and drug dealer Wayne James — are serving life sentences for their involvement in the killing. Dean Kelsie’s 2003 convictions were overturned by the Appeal Court this past December. Kelsie is awaiting a new trial in Supreme Court.

Prosecutors alleged that Gareau helped plan the killing by tracking Simmons down at an apartment building on Trinity Avenue in Dartmouth. They also said Gareau was a party to the murder by aiding and abetting Kelsie, who allegedly shot Simmons in the head.

Gareau, who had been given $20 by James for a beer and a taxi, was seen fleeing out the back door of the building. Defence lawyers did not offer any evidence at Gareau’s last trial. They asked the jury to infer from the Crown’s evidence that Gareau thought he was there for a drug deal, not a murder.

Simmons was a 31-year-old father of two from Lower Sackville. Various trials have heard that Smith ordered him “whacked” because of allegations that he had an affair in the early 1990s with the mistress of the Halifax Hells Angels president.

In his decision Wednesday, Campbell said a third trial for Gareau would involve the Crown’s “unsavory” star witness, police informant and author Paul Derry, “retelling a story that he had told many times before in many different formats and to many different audiences.
“Other witnesses would be recalling a combination of 17-year-old memories, their testimony from one of the earlier trials, various reports of those trials and referring to their notes. Public confidence in a verdict obtained under such conditions would be so understandably low as to bring into question the integrity of the justice system in whose name the verdict would be rendered.”

Campbell said issuing a stay with respect to a murder charge could be seen as potentially allowing a murderer to go free.
“That itself has implications for the perception of the integrity of the justice system,” the judge said. “That must be weighed in the balance against the damage that would be done by allowing a third trial to proceed in these circumstances.
“Seventeen years is a long time. It is a very long time to be in jail, protesting one’s innocence, still not having had a trial that was sufficiently fair to have its result conclude the case.”

While some of that time can be attributable to Gareau’s inaction, the judge said, “it does not change the fact that he has been in prison for 17 years.
“He has not been avoiding justice and finding ways to put off trials on the merits while he just goes on with his life. He has had two fatally flawed trials, two successful appeals and spent 10 years in jail serving sentences that have been overturned.”

Outside court, prosecutor Peter Craig said the Crown will review the judge’s decision.
“To be frank, I haven’t had too much time to process it yet, but we’ll study the decision and the legal basis surrounding the outcome that’s been reached,” he said. “We’ll review that to determine if there are any grounds to appeal or otherwise.”

Craig said Gareau was being released from custody. “He’s likely free to leave the building today,” he said. “We’re just in the process of sorting out an order the judge would issue to facilitate that.”

The prosecutor said he would be meeting with Simmons’ widow “to explain where we’re left as a result of this decision.” Kelsie, meanwhile, is due back in Supreme Court on Thursday to provide an update on his legal counsel and set a date for a bail hearing.

Craig said it’s too early to predict if the Gareau decision will affect the Kelsie case. “They’re separate cases but we’ll have to review Justice Campbell’s decision here today with an eye to see if it impacts on Mr. Kelsie’s case at all.”