Why members of the Pagans Motorcycle Club gathered in Northampton 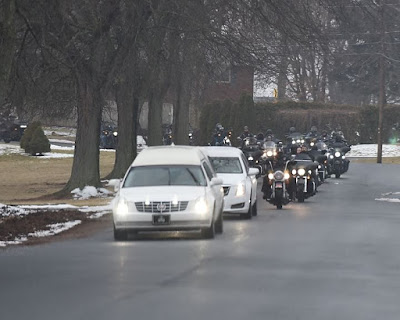 More than 100 members of the notorious Pagans Motorcycle Club gathered Saturday morning in Northampton to say goodbye to one of their own.

Ronald S. "Rocky" Bedics Jr. was a long-time member of the club, according to his obituary. He died Monday at St. Luke's University Health Network. No cause was given in his obituary. He was 54.

Bedics was also a member of the Pennsylvania Federation of Injured Workers, whose activities include raising money to help those who get hurt on the job. 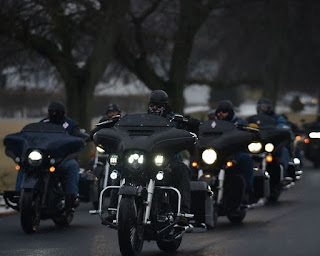 Schisler Funeral Home, 2119 Washington Ave., was scheduled to begin receiving family and friends at 9:30 a.m., ahead of services at noon.