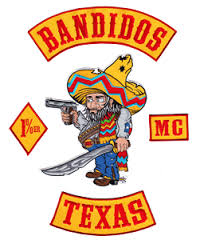 Two defendants in the Twin Peaks biker shootout who were re-indicted earlier this month on murder and riot charges might be tried together and had a priority trial date set Friday for Jan. 15.


Jeff Battey, 53, of Ponder, and Ray Arnold Allen, 48, of Crum, both members of the Bandidos motorcycle group, were joined in Waco's 19th State District Court on Friday by four other bikers who were re-indicted May 9 on new charges that will replace the original engaging in organized criminal activity charges.

Judge Ralph Strother called the hearing to get updates on the pending cases. Of the initial 155 Twin Peaks bikers indicted in the May 17, 2015, shootout that left nine dead and 20 injured, 27 cases remain pending after mass dismissals of the cases by McLennan County District Attorney Abel Reyna in recent months. Three of those cases are being handled by special prosecutors from Houston, appointed after Reyna recused his office in those cases.

First Assistant District Attorney Robert Moody told Strother on Friday that his office is considering consolidating the trials of Battey and Allen but wanted to discuss the joint trial with their attorneys.

Seth Sutton, who represents Battey, and Brian Walker, who represents Allen, told the judge they were not opposed to a joint trial, but said they need to consider the request and talk it through with their clients before agreeing to it.
"I think right now, we are just excited to have a trial date," Sutton said after the hearing. "We are excited to have our day in court. We can't wait until Jan. 15."
Sutton said he thinks his client has a "pretty obvious self-defense case."
"Our strategy from day one is to have a chance to tell our story, and our story hasn't changed," Sutton said. "Our story will acquit us of any charges."

Asked about the story, Sutton smiled and said, "January 15th you will get to hear it."
The Jan. 15 trial date is two weeks after Reyna's successor will take office. Barry Johnson soundly defeated Reyna in the Republican primary. Daniel Hare, a Baylor University law school employee, intended to run as an independent candidate and be on the November ballot. That is still possible, however, a filing glitch might relegate his candidacy to write-in status.

Sutton filed as a Democratic candidate for DA but suspended his campaign. He has said the probability of reinstating his candidacy is slim. Johnson's campaign centered on his charge that Reyna botched the Twin Peaks cases from the first day when he decided to arrest 177 bikers associated with the Bandidos or Cossacks groups on identical charges. A total of 192 people were eventually arrested on the charges. Johnson has said his first job in office would be to assemble a team to re-evaluate the Twin Peaks cases.


Reyna and a new Twin Peaks trial team have done that, resulting in the mass dismissals of cases and the re-indictments against two dozen bikers on different charges.

Read: Bandidos MC Racketeering Trial 5-18-18 "Jeff Pike Gets Life"
Glenn Allen Walker, who also is charged with murder and riot under a new indictment, also was at the hearing and asked Strother if Dallas attorney Clint Broden could substitute in for his former attorney, Michael Magana.

Strother agreed to allow Broden to take over the case. Walker, 46, of Copperas Cove, is charged in the death of Richard Kirschner, 47, of Wylie. Other bikers at the hearing Friday, most of whom waived arraignments on the new charges, were John Guerrero, Tom Mendez and Jerry Pierson.

Battey and Allen are charged in the shooting death of Matthew Smith.
According to court records, Smith, 27, of Keller, was shot twice — once in the upper back and once in the abdomen. The bullet in his back was described as a “medium-caliber jacketed projectile.” The bullet through his abdomen hit his right kidney and aorta before exiting.

A Waco police officer reported that as he approached the Twin Peaks shootout scene he saw Battey and Allen standing behind the restaurant “in a triangulated position” in relation to Smith, who was lying on the ground about five yards away and “gasping for air,” according to court documents.

An officer noticed Allen had a silver handgun in his hand and said Battey had been shot in his upper right shoulder, according to the documents.