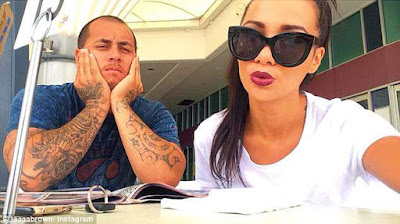 A former Bandidos sergeant-at-arms who bludgeoned his girlfriend to death  with a fire hydrant has been sentenced to life behind bars for another murder. Lionel John Patea, 25, admitted beating Gold Coast father-of-two Greg Dufty to death in July 2015 over a $32,000 marijuana debt – laughing in court alongside his brother Nelson Andrae Patea mere moments before making the admission.He will be forced to serve at least 30 years, eligible for parole in May 2048. 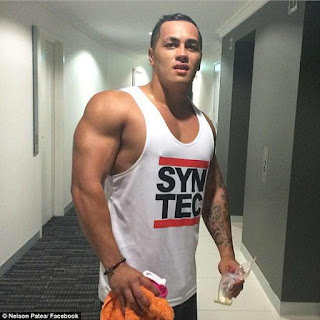 They were sentenced to eight and 10 years, respectively.
Mr Dufty, 37, was picked up in a Mack truck and taken to a remote part of the Gold Coast hinterland where he was bashed unconscious, Gold Coast Bulletin reported. Liam Rawhiti Bliss and Clinton Lee Earl Stockman also pleaded guilty in February to manslaughter over Mr Dufty’s death.
Bliss was given a five year jail sentence, suspended immediately, while Stockman was sentenced to six years, with immediate eligibility for parole. The Brisbane Supreme Court heard Mr Dufty was beaten to death with a shifting spanner and a tyre iron over an alleged cannabis theft.

The body, which has never been found, was then burned by Crawford and Stockman while they were high on ice at a property near Casino, in northern New South Wales. Mr Dufty was targeted after $32,000 worth of marijuana allegedly grown by him and Crawford went missing, and Crawford enlisted Patea and Stockman to question him.

Patea, who was unaware Mr Dufty had died, called a co-accused the next day to ask whether the father-of-two had admitted stealing the drugs. The Patea brothers were seen laughing in the courtroom, and Lionel Patea smiled as he gave his guilty plea.

Sentencing was set for Tuesday morning to allow a relative of Mr Dufty to attend court.
Lionel Patea is already serving a life sentence for the brutal murder of his girlfriend Tara Brown just two months after Mr Dufty was killed.The former bikie enforcer bashed Ms Brown, 24, to death with a fire hydrant cover as she lay trapped in her car which Patea had rammed off the road with his vehicle. Ms Brown suffered ‘non-survivable’ brain injuries after being bludgeoned repeatedly with the 7.8kg metal slab Patea took from the side of the road.

Patea had been in a relationship with Ms Brown for four years when he murdered her. They had a daughter together in 2012.