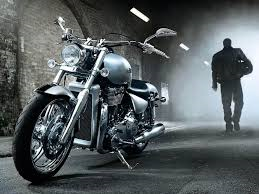 The popularity of motorcycle clubs exploded in the 1940s when thousands of World War II veterans, who had shared the adrenaline of combat and a brotherhood unmatched, found themselves on the tranquil thresholds of middle-class America — and bored.

Looking to share again in dangerous thrills, some turned to motorcycles. In 1947 thousands of bikers streamed into Hollister, California, for races and a rally where drinking and club rivalries brought havoc to the small town.

The resulting outcry prompted the American Motorcyclist Association to declare that 99 percent of motorcycle clubs were law-abiding and harmless.

Seventy years later, the nefarious few — like the two clubs Rhode Island law enforcement literally blew the doors off Wednesday — still proudly call themselves “1 percenters.” And for the last few years some violent biker gangs have been feuding over Rhode Island turf, says State Police Lt. Col. Joseph Philbin.
“In the last three or four years, we’ve had the Outlaws come here, now the Pagans, the Thugriders, the James Gang, the Lost Horsemen, the Kryptmen,” Philbin said. “They just pop up. Some of them don’t last. Some of them stick around for a while.”
“Unfortunately,” says Philbin, “Rhode Island is a pivotal state, with Massachusetts and Connecticut right above us and beside us.”

In 2013 the state police put a damper on the party of when they arrested a “prospect” from the motorcycle gang’s Virginia Beach chapter on drug charges. Troopers stopped a van on Route 10 after the driver allegedly made several lane changes without using his turn signal. The troopers noticed that several passengers inside were not wearing seat belts. 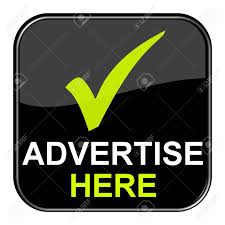 It turned out they included the president of the Hells Angels Virginia Beach Side chapter as well as several other “full patch,” or initiated members of the gang. None was charged with any crime and they were allowed to go free.

But police charged the van driver with possession of cocaine and amphetamines.
The bikers said they were traveling to the Hells Angels clubhouse at 161 Messer St., for the anniversary party, which drew members from chapters as far away as Alaska, Hawaii, California, Arizona, South Carolina, North Carolina, New York and Ohio. Since at least August 2016, Philbin said, state police detectives have had increased monitoring of biker clubs in Rhode Island.

That summer tensions rose between the Outlaws and the Hells Angels after the Outlaws showed interest in establishing a Rhode Island presence. Investigators wanted to prevent the kind of violence that erupted in May 2015 in Waco, Texas, when members of the Bandidos and Cossacks biker gangs engaged in a shootout that left nine dead and 20 injured.

Philbin said the monitoring in 2016 helped the state police cultivate information that led to this week’s crackdown on the Pagans and the Kryptmen. Normally the clubs go about their business without attracting much attention, he says.
“They’re smart. They don’t get in the public eye a lot. For the most part they keep to themselves.
“But when it’s a small state like Rhode Island,” and more clubs start popping up, with some members shifting allegiances, it causes internal fighting. And in this case that led to information reaching law enforcement.

In the predawn hours of Wednesday more than 150 state, local and federal investigators swarmed across northern Rhode Island, carrying out 29 coordinated raids, seizing guns and drugs and arresting 50 people. Seven suspects were members of the Pagans, said Philbin, and four were members of the Kryptmen.

Many of the others arrested were suspected drug users or suppliers doing illicit business with the gangs, Philbin said.

For instance, Christine Despain, 47, was manufacturing handguns for both gangs with parts she ordered online, he said.
“She was pushing out 10 or 12 guns a week,” he said, “and if the demand was more, she’d work more. If she couldn’t make one, they [gang members] would get their hands on it by any other means possible. We were amazed the ease they got their hands on guns and sold them. It was amazing.”
Both the Pagans and the Kryptmen operated out of Woonsocket.

The gang had a 12-camera surveillance system guarding the property, Philbin said.
When the owner of the building arrived to complain about the damage, a state police detective recognized him as one of the suspects they had an arrest warrant for. He was handcuffed and taken into custody.

The Kryptmen club occupied an old industrial building in an overgrown lot, surrounded by chain link. The building had nine doors and FBI explosive experts blew each door open with a synchronized detonation.

Agents and detectives recovered a dozen guns inside — including seven pistols hidden inside a tire — and found nine people sleeping inside, Philbin said. Most of them appeared to be drug users because “they all looked pretty strung out.”

Dozens of those arrested appeared in District Court on Thursday for arraignment.
“One thing we learned from this investigation,” said Philbin, “is the incredible loyalty these guys have to their brothers in the club. They won’t sway normally. That’s why this was a kind of rare occurrence.”