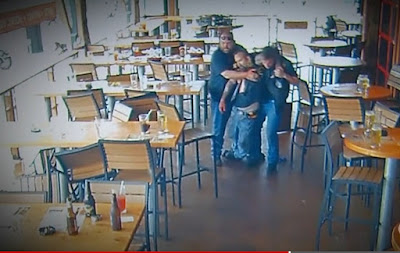 It was a rainy Sunday a little after noon on May 17, 2015, at a Twin Peaks restaurant in Waco where no one would envision the gruesome crime scene that was about to happen.

A meeting of the Coalition of Clubs and Independents was scheduled for 1 p.m. but that meeting would never take place. At 12:24 p.m. witnesses recalled hearing two shots fired from a small-caliber weapon before a barrage of suppressed rifle fire, the type used by law enforcement. Before 12:30 p.m., nine men would be dead and 23 others transported to nearby hospitals. National media reported the melee involving various motorcycle clubs including the Bandidos and Cossacks, as one of America’s deadliest episodes of biker violence.

The fight apparently broke out as a prospective member of the Cossacks Motorcycle Club stood watch over the motorcycles in the parking lot. As the Dallas consortium of Bandidos rode in, they noticed the front parking spaces had been taken by the Cossacks, a club some felt should not be present at the meeting because they were not dues-paying members. 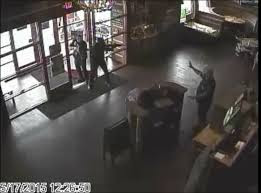 The Cossacks felt the COCI was open to anyone and that they had actually been invited. The story goes there was to be a “meeting after the meeting” to discuss a peace treaty between the two groups in order to put an end to the violence happening while on the road to members of each club. The spark that lit the match was when a Dallas Bandido accidentally or intentionally hit or ran over the foot of the Cossack prospect. Fists flew, weapons were pulled and shots were fired.

Originally, 177 people were arrested and detained on historic $1 million dollar bonds with fill-in-the-blank affidavits for the offense of “engaging in organized criminal activity.” Most of them would spend the next two weeks to six months in jail, even though 115 of them had no prior criminal record.

Autopsy reports revealed four of the nine deceased were killed by three Waco police officers, not indicted by the McLennan County Grand Jury. It remains unknown how many of the injured were shot by officers. According to a statement issued by District Attorney Abel Reyna, “the deadly force was justified under the law. These officers acted in accordance with their training and the laws of the State of Texas. I am pleased these officers will be able to resume their duties .

By the end of 2016, an additional 18 were arrested under sealed indictments, bringing the total to 195. A McLennan County grand jury ultimately indicted 155 people. The first trial took place Oct. 9, 2017. Five weeks later, prosecutors were unable to convince a jury who heard the case of Bandido president Jake Carrizol that he should be convicted. In an 11 to 1 vote for acquittal, Judge Matt Johnson declared a mistrial after 14 hours of deliberations when jurors were unable to reach unanimous verdicts. 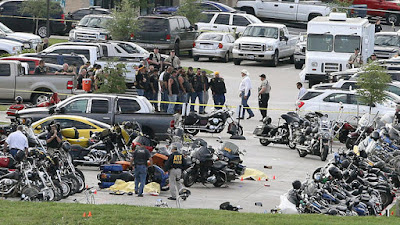 When Paul Looney first heard about the melee, he said he felt like something wasn’t right. An experienced criminal defense attorney of nearly 28 years who lives in Bellville and has offices in Houston and Hempstead, Looney knew the protocol: investigate the case first and then arrest suspects. But in this case, he said, it was handled backward; arrest everyone and investigate later.

Looney had already tried 60 criminal defense jury trials since 1995 with zero convictions. Off to Waco he went. Most of the 177 arrested declared indigent status and asked for court-appointed attorneys. Only a few had the means to hire a quality defense attorney so Looney took his first two cases, husband and wife William and Morgan English, pro bono. Later he took the case of Cody Ledbetter whose stepfather died in the melee, also pro bono. He took two more pro bono cases after that, both of whom had been shot at Twin Peaks. Then Looney enlisted the help of fellow friends in the State Bar of Texas and convinced 12 attorneys to accept cases free of charge.
“The defense bar stepped up and stopped a railroad from happening that was about to slaughter a lot of innocent people,” Looney said. “I’m very proud of my colleagues.”

Looney recently said this was a sensational story when it happened but it is a more important story now than it was then.
“We’re looking at the actual integrity of the justice system,” he said. “This system failed. We have nine people who died and I don’t believe they are ever going to be able to convict anybody of any crime because it has been completely mishandled by a diabolical prosecutorial team.”

As Reyna’s republican primary date for re-election on March 6, 2018 came closer, defense attorneys asked for hearings in which Reyna would not only be called as a witness but also where former members of his staff would be testifying about his activities while in office.

In February Reyna was able to dodge those hearings by dismissing 26 cases and dropping or “not accepting” another 32. On Election Day, Reyna lost by a margin of 20 percent. On March 12, the Cody Ledbetter and Berton Bergmans cases were dismissed. With one of the indicted deceased in a motorcycle accident, 94 remained open. In May, the largest number of dismissals occurred when 70 people were exonerated.

On May 16, the McLennan County Grand Jury issued superseding indictments on 25 people with charges such as riot, murder, tampering with evidence and unlawful possession of a firearm by a felon. Again, defense attorneys pushed back when prominent Waco criminal attorney Robert Callahan researched the validity of the new indictments.

Looney and his law partner Clay Conrad did more research.
“The problem with the re-indictments is that the DA’s office re-indicted filed cases without dismissing the original indictment,” Conrad said. “The correct method of filing would have been to indict it as a new case with a new cause number. They could have had the two charges running parallel. Now instead, the second indictment is of no legal import at all and is voidable which means the riot statute of limitations has run on all the new indictments and they are stuck with the ‘engaging’ charges they initially used.”

The engaging charges were the charges used in the Carrizol’s trial that ended in a mistrial.
Today, 25 people are under re-indictments but Looney is filing a “motion to quash and objection to amendment of indictment.” If the motion is granted, it could be used to free all but three people who have been re-indicted on murder charges because murder does not have a statute of limitations.

At least 130 people have filed lawsuits against Reyna, the city of Waco, McLennan County, various individual members of the Waco Police Department and the Texas Department of Public Safety.