Posted by MC & Gjengkriminalitet July 25, 2018
* Paul Eischeid was arrested in 2003 on for murder, kidnapping and trafficking
* Along with three others he was accused of killing Cynthia Garcia back in 2001
* Because of his career as a stockbroker he was then placed under house arrest
* Eischeid managed to escape and was eventually caught in Argentina in 2011
* He has been languishing in Argentinian jail for seven since he was arrested
* The former Hell's Angel was flown back to Arizona this week to face charges 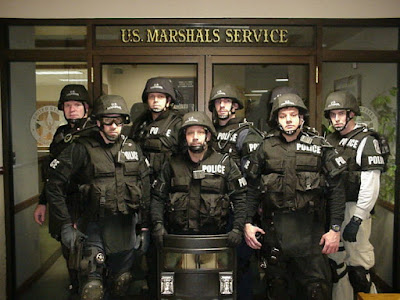 A Hell's Angels member accused of murdering and attempting to decapitate a woman in the desert has arrived back in the US from Argentina. Paul Eischeid was extradited back to the United States from Argentina and is now in the Maricopa County Jail after spending 15 years on the run.

Eischeid, a successful stockbroker at the time of his arrest, was indicted on drug trafficking, kidnapping, and murder charges in 2003, but fled the country after being placed under house arrest.

In 2007 US Marshals added him to their '15 Most Wanted' list.
He was eventually arrested in Buenos Aires, Argentina in 2011 following a massive joint operation between Interpol, U.S. law enforcement officers and Argentine police. He has been in the custody of Argentinean authorities since his arrest there.

Eischeid is charged with kidnapping and homicide in connection to the brutal 2001 murder of Cynthia Garcia.

Garcia was attacked and severely beaten while attending a party at the Hell's Angels clubhouse in Mesa, Arizona. Bundled into the trunk of a car, she was driven to the desert, stabbed and left for dead.

According to court records three men took part in the killings, including one man who was an informant for the Bureau of Alcohol, Tobacco, Firearms and Explosives. He later pleaded guilty to manslaughter and did not serve time in prison. The third man is awaiting trial.

All three were arrested as part of Operation Black Biscuit, an investigation into the Hell's Angels, which ended when the case collapsed in court because of problems with informers and evidence, the Republic said.

Although Eischeid was arrested in 2003, his career as a Charles Schwab stockbroker and relatively clean criminal record meant that he was considered a low flight risk and he was put on house arrest.

Eischeid returned to Arizona Tuesday and was booking for first-degree murder and kidnapping.