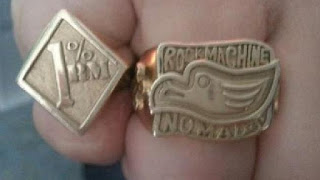 It all began back in the 80´s, and The Rock Machine, or Rock Machine M.C., was then a serious international outlaw motorcycle club with six Canadian chapters, six US chapters and eight chapters in Australia.

It was formed in 1986 by Salvatore Cazzetta, a former friend of Hells Angels Quebec chapter president Maurice Boucher, and competed with the Hells Angels for the street-level drug trade in Montreal.﻿
﻿﻿﻿


The Quebec Biker war saw Rock Machine form an alliance with a number of other gangs. The conflict occurred between 1994 and 2002 and resulted in over 160 casualties and an unknown number of injuries.

When the Rock Machine became a probationary chapter of the Bandidos motorcycle club in December 2000, after being an official hangaround club for eighteen months, Bandidos national officer Edward Winterhalder was put in charge of overseeing the transition by Bandidos international president George Wegers.

The original version of the Rock Machine (1986 to 1999) in Canada changed their colors from black and platinum to red and gold in May 1999; their colors remained red and gold until they became Bandidos in December 2000.
﻿


After the few remaining Bandidos members in Canada quit the organization and Bandidos Canada was dissolved, ex-members of the Mongols and the Bandidos reformed the Rock Machine in 2007, adopting the original black and platinum colors as their patch. As of 2008, the latest incarnation of Rock Machine claims to be a club of motorcycle enthusiasts that is not involved in criminal activity.


But let us take a look at the so called Rock Machine MC today. 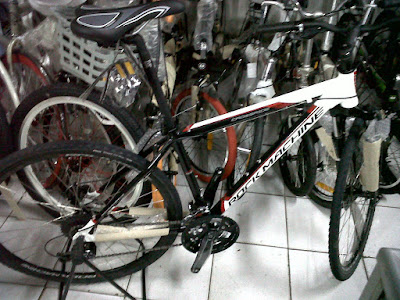 Rock Machine MC is a piece of Canadian MC History and Europe have fucked it up, and we SHIT you NOT dear readers. 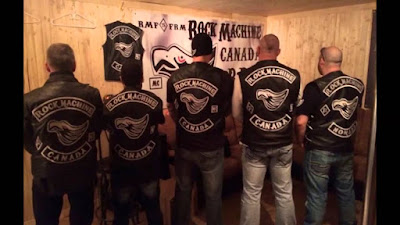 Europe have raped the Black & Platinium Eagle, and we want to bring back home THE EAGLE to Canada where it belongs, because it do NOT like Europe ONE SHIT.

The colours of the THE EAGLE are Black & Platinium, and NOT RED, BLUE or GREEN