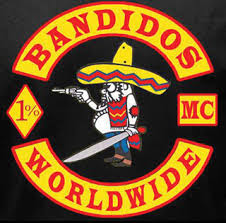 A former high-ranking member of the Bandidos who was the first to publicly testify about the inner workings and criminal dealings of the outlaw motorcycle club was sentenced Wednesday to a reduced sentence of five years in prison without parole.
“I want to apologize to my family for everything I put them through,” Justin Cole Forster, 34, told Senior U.S. District Judge David Ezra. “I take responsibility for my actions. I am truly sorry for my actions. … I’m ready to put this behind me and move on with my life and be a contributing member of society.” 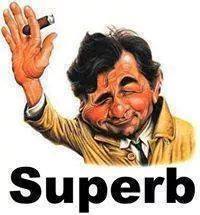 The judge noted that Forster was “no meek and mild participant in the Bandidos. This was no Don Knotts so to speak.”
“He engaged in some criminal activity and he readily acknowledged his role,” Ezra said. “Fortunately for him, he never engaged…in any direct activities resulting in the loss of life, like so many of the other Bandidos did. That is a major factor that sways this court to some degree.”

Forster, of San Antonio, pleaded guilty to racketeering conspiracy and three related crimes in October 2016 and then turned state’s evidence, eight months after he was arrested along with the club’s two top bosses, then-national president Jeffrey Fay Pike, 63, of Conroe and his vice president John Xavier Portillo, 59, of San Antonio. Forster could have been sentenced to life in prison, but federal prosecutors asked Ezra to significantly reduce his sentence because of his cooperation.
“To our knowledge, that was the first time anybody had testified about the Bandidos organization,” Assistant U.S. Attorney Eric Fuchs said, of Forster’s taking the stand. “When he testified, there were a number of Bandidos in the courtroom that in our eyes were there to intimidate any witnesses.”

Forster was a member of the Bandidos Motorcycle Club for 10 years, from 2006 until he was arrested in January 2016. At the time of his arrest, he was a sergeant-at-arms in the national chapter, carrying out orders from Portillo and Pike, according to testimony. Forster was one of the government’s star witness in this spring’s three-month federal trial of Pike and Portillo, giving a first-hand account of many of the orders handed down for racketeering crimes that included extortion, intimidation, beatings and murder.

While Forster was not involved in any of the three murders blamed on the Bandidos organization in the racketeering indictment, he did testify that he carried out orders for discipline — such as revoking motorcycle vests and patches from rivals or wayward Bandidos through intimidation, or with beatings.

Fuchs√ told Ezra that Forster was the first to confirm the government’s allegations that the Bandidos were at war with a smaller biker club, the Cossacks√, during the more recent years covered in the indictment. The indictment alleged racketeering crimes over 16 years, from 2000 through the arrests of Pike, Portillo and Forster.

The two clubs were involved in the May 2015 shootout at a Twin Peaks restaurant in Waco that left nine bikers dead, 20 injured and dozens under arrest on state charges. The Waco incident, the deadliest biker shootout in the country, was not charged in the federal indictment.

Fuchs said Forster testified while facing pressure in court that included some of the most extensive questioning of a government witness by defense attorneys and stare-downs from members of his former Club.

Forster’s lawyer, Anthony Cantrell, agreed, saying, “there was a lot of intimidation going on in this case” including an incident he witnessed himself.
“I was driving in my truck on (U.S.) Highway 281 and all of a sudden I hear loud motorcycle rev up, and two Bandidos got in front of my truck for a moment, and then took off,” Cantrell said. “Those kinds of things happen. My client did not take those lightly. He made the choice to testify because it was the right thing to do.”

The judge granted the government’s motion for downward departure and sentenced Forster to 60 months for each count of racketeering conspiracy, conspiracy to use a deadly weapon in racketeering and conspiracy to distribute methamphetamines. Ezra also imposed 36 months for a charge of extortion conspiracy, then ran all the terms concurrently.
“When Mr. Forster took the stand, I saw Bandidos in the back glaring at him,” Ezra said. “There was no question that they were not happy with Mr. Forster, and they were trying to intimidate him to alter or curtail his testimony. But he did not do that. He testified, in my view, truthfully and completely, in a manner that he was able to let government follow up with additional witnesses and put the cement between the bricks…resulting in the conviction of the two principals of Mr. Portillo and Mr. Pike.”

Two weeks ago, Ezra sentenced Pike and Portillo to life sentences. There is no parole in the federal system. Because Forster has served nearly three years already, he will be out in two. Ezra ordered him to then serve five years of federal supervision.