Bandidos ride into town for their very own Christmas party

Posted by MC & Gjengkriminalitet November 24, 2018
Bandidos bikies from across the country have converged on Melbourne for the club's national run. A club insider claimed up to 500 bikes will roar through the city as part of the annual run, which left Bendigo on Friday morning for an all weekend party in Melbourne's south-East.

One associate described the run as the club's very own Christmas party.
"This is what we do. It's the brotherhood," he said.

The run, which involves the club's major figureheads including president Jason Addison, is being closely monitored by police. 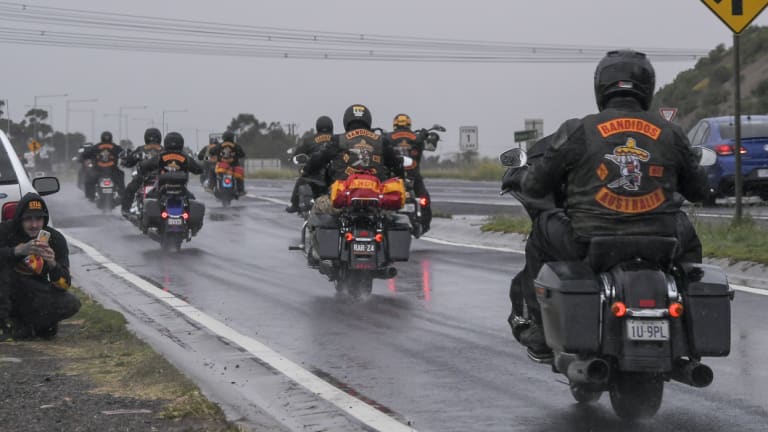 Bandidos bikies set off to Melbourne.Credit:The Age
"[We] will take swift action to detect and disrupt any outlaw motorcycle gang (OMCGs) members who commit crimes, road safety or public order offences," a Victoria police spokeswoman said.
"We are always gathering intelligence with regards to the activities of persons engaged in criminal activity, including those persons who may also be associated with OMCGs.

"Our monitoring of OMCGs permits us to respond in an appropriate fashion if and when any risk of violence is anticipated.

The club, which was formed in the US, established itself in Australia in 1983 after a group split from another club, the Comancheros. 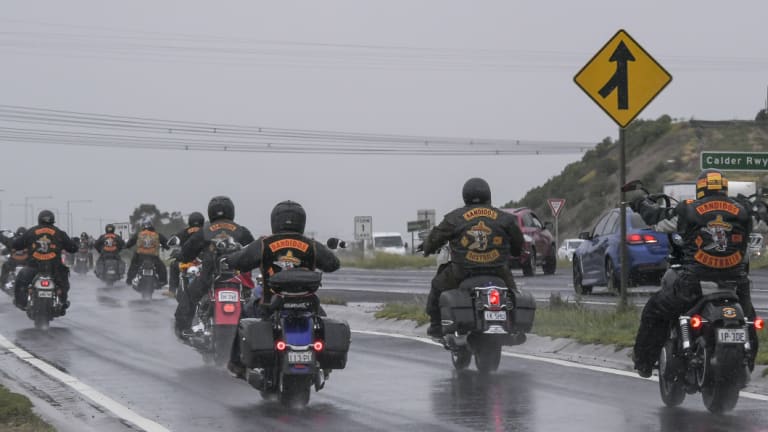 That split lead to the notorious Milperra massacre, where the two clubs clashed in a shootout that left seven people dead, including a 14-year-old girl, the Bandidos' vice-president, the Comancheros' Vice-President and Sergeant-At-Arms.

While a Bandidos associate said the wider community has a misconception that the club is made up of criminals, authorities say they are a well-organised gang that causes harm across the country.