Drake plays the race card at a BC Casino 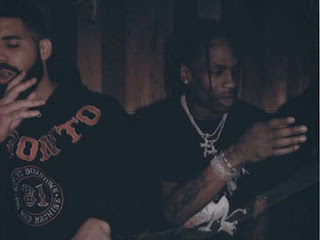 The Canadian Press is reporting that "A Vancouver casino says it categorically stands against racism after Drake accused it of profiling him. In a post on Instagram, the Toronto rapper called Parq Vancouver the worst run business he has ever witnessed. He says the casino did not allow him to gamble, despite his providing everything they originally asked him for."

Let me explain something to you. BC Casinos are the epicenter of money laundering from organized crime. Drake posted pictures of himself in Hells Angels support gear. He was making a statement.

That makes him a prime suspect for money laundering. He is publicly promoting the Hells Angels drug trade and that is why his friend Smoke Dawg was murdered. It's got NOTHING to do with race. It has EVERYTHING to do with promoting organized crime.

I really didn't want to go there because I really liked Drake but Drake has gone down a dark road that leads to the wrong place. That is not a place you want to visit let alone end up. Promote good, don't promote evil. Just live your life and stay away from the red and white.