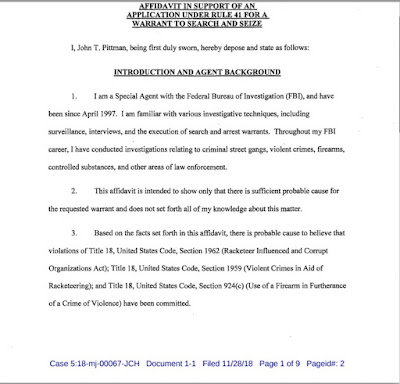 AUGUSTA COUNTY, Va. The Federal Bureau of Investigation is looking into one of the biker clubs the Augusta County Sheriff's Office says took part in a shooting and beating that happened in September.

NBC29 obtained unsealed search warrants for a cell phone, and a white van with New York plates.
The search warrant appears to show the FBI building a racketeering case against members of the Hells Angels Motorcycle Club. 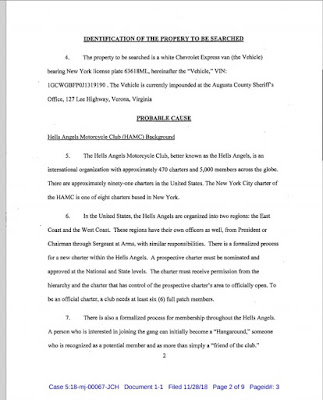 A grand jury indicted five men in October, and two of them are now facing charges of attempted first-degree murder.