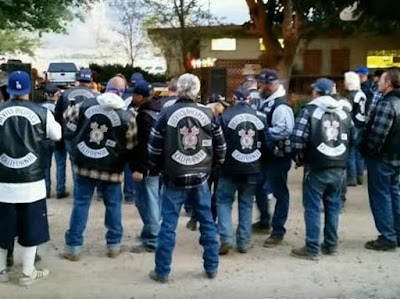 A second set of four members of the Clinton Township-based Devil Diciple’s Motorcycle Club recently received life or long sentences for their roles in the criminal enterprise.

All were sentenced by Judge Robert Cleland in U.S. District Court in Port Huron.
The eight defendants convicted at two 2015 trials in Detroit were found guilty of operating a criminal enterprise, or racketeering.

Alabama leader, Michael “Tatu” Rich, 62 of Anniston, Ala., was sentenced to 30 years.
All of the defendants convicted at trial are expected to file an appeal, and multiple offenders have already filed paperwork to do so.

In addition, more than 50 members and associates of the Devil’s Diciples pleaded guilty to various crimes as result of the investigation. Over 20 of those individuals testified against the defendants as part of deals with federal prosecutors.

The defendants were arrested in 2012 following years of investigation. Their sentencing following their convictions were delayed due to legal arguments among attorneys.

Following the sentencing of Smith, U.S. Attorney Matthew Schneider, head of the Detroit district, said: “For over three decades, the Devils Diciples spread fear, violence and their poisonous drugs throughout Michigan and the country. The extent of the crimes committed by members of this outlaw motorcycle gang is staggering, and they avoided prosecution over the years through witness intimidation and obstruction of justice at all levels.”

Federal officials said the Devil's Diciples for decades engaged in criminal activities to protect the enterprise and for financial gain. The DDMC operated regional chapters in communities throughout Michigan, as well as in Alabama, Arizona, California, Illinois, Indiana, Ohio and elsewhere, federal officials said.

The headquarters building was located on Gratiot Avenue near Hall Road.
Castano's mother, Libby Leavy, told The Macomb Daily she is upset by the whole process -- that his role in the club was exaggerated, and he was mistreated in the legal process.


“It’s very disappointing to see my son go to prison for nonviolent drug-related charges for 28 years when murderers and rapists, in many instances, are sentenced to far less,” she said in an email. “The most painful thing was to watch my grandchildren suffer through six hours of prosecutors using language describing their father as some sort of monster. They wouldn’t have gone if he was a monster. They love and support their dad. He was a hard worker and great family man.”

Leavy questioned the judge giving credibility to DDMC-member witnesses who testified at the trial for which they received a benefit, and disregarding nearly all of the defense's objections to prosecutor statements at the sentencing.

“There was no chance for a better outcome,” she lamented.
Castano already served 42 months in prison for a marijuana charge a dozen years ago and then at the Devil's Diciples trial was convicted of conspiracy to distribute more than 100 kilograms of marijuana. An objection to that charge claiming double jeopardy was denied.

Darrah forfeited more than 30 items, mostly Devil’s Diciples paraphernalia such as patches, vests, shirts, but also including seven mobile phones and a “black metal throwing star, a knife and black metal “’Batman’ knuckle blade” and one switch blade. The items were confiscated in 2004, 2008 and 2009.

Darrah’s brother, Michael Darrah of Marine City, several months ago filed a legal motion to regain the property for which he requested a court hearing.
“I feel I am legally obligated to the personal things and have all rights to them before they are disposed of,” he wrote in August.

Cleland on Wednesday dismissed the motion after Michael Darrah did not respond to a show-cause request.

In addition to racketeering, Witort was convicted of conspiracy to manufacture and distribute a controlled substance.

Drozdowski forfeited about two-dozen items, including Devil’s Diciples paraphernalia including a motorcycle helmet with stickers, T-shirts, a coin, business cards, a jacket and vest, as well as a No. 44 white Detroit Lions jersey, a digital camera and 42 shotgun shells and five rounds of other ammunition.