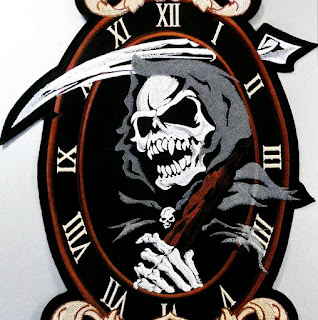 BC Local News is reporting that "A new motorcycle gang police say is affiliated with the Hells Angels has established itself around Fort Langley. Members of the Street Reapers motorcycle club were reportedly spotted at the funeral of slain Hells Angel Chad Wilson in Maple Ridge on Saturday. “The Street Reapers are actually a motorcycle club that are closely associated and have close ties to the Hardside chapter of the Hells Angels,” said Sgt. Brenda Winpenny, spokesperson for the Combined Forces Special Enforcement Unit (CFSEU)."

This is an example of how completely useless the BC Gang Task Force has become after they did away with the OMGU. All they do is send out press releases saying the Hells Angels are bad bad bad but they don't lift a finger to disrupt their drug trafficking any more.