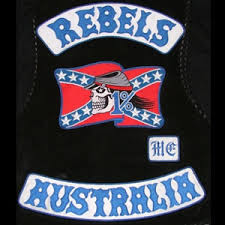 (video (link is external)) --- Collie was inundated with police over the weekend, with approximately 100 officers from Perth making the trip down due to the Rebels’ club run.


Collie Police Senior Sergeant Heath Soutar said with 60 Rebels members, nominees and associates staying in the area over the weekend, the contingent of police officers from the Gang Crime Squad had also arrived to ensure the bikies ‘behaved themselves’.
“We had no trouble here in Collie over the weekend,” he said.
“They spent the night just outside of Collie, and we had a lot of the police officers also stay the night in town so we would have been very well prepared if anything had happened.”
In addition to the presence in Collie, police also set up a vehicle control point on Pinjarra-Williams Road in Quindanning to conduct roadside breath and drug tests, along with vehicle compliance checks.
As a result, two people were charged by summons for no authority to drive with another three infringed for the same offence.

Four roadside drug tests were sent for further analysis, while one person was charged with possessing steroids.

Gang Crime Squad Detective Senior Sergeant Jason Beesley said the intention of the checkpoint was to ensure the members and their vehicles complied with the law.

He said police had a particular focus on preventing members from riding under the influence of drugs and alcohol.
“The WA Police Force, and Gang Crime in particular, proactively target the outlaw motorcycle gangs and … we have done a really good job [and] we’ve been effective,” he said.
“We’re putting things in place to make sure it’s not easy for outlaw motorcycle gangs to operate in WA.”