Posted by MC & Gjengkriminalitet January 26, 2019
A Hells Angels biker has been acquitted of partially blinding another man in an attack after a jury in his second trial also failed to reach a verdict.

Matthew Barnes, 48, denied causing grievous bodily harm with intent in the attack outside a Hastings pub in February 2016.

A formal not guilty verdict was entered by the court after the prosecution said it would not seek a re-trial.

A jury had also been dismissed following a trial in August last year.
Mr Barnes, the president of the Sussex chapter of the Hells Angels, was accused of partially blinding Christopher Harrison after he refused to join the club.

Oliver Wilkinson, 50, of St Leonards-on-Sea was acquitted of the same charge following the first trial. 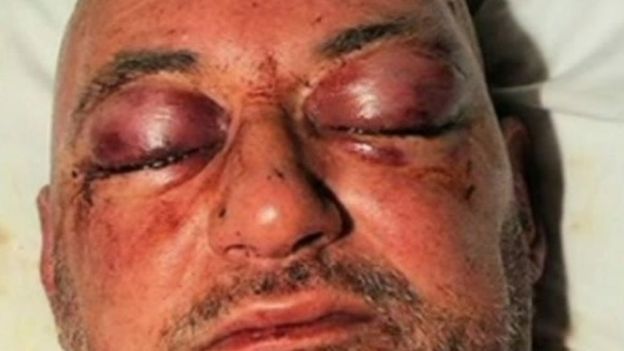