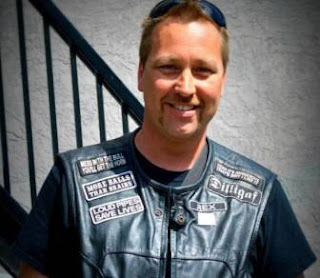 CBC is reporting that "Two men were shot and killed at two separate hotels in Kamloops Wednesday morning, and Mounties have yet to make any arrests. The first victim was discovered at around 6:50 a.m. PT at the Super 8 motel in Valleyview, according to an RCMP news release. He was lying on the ground, wounded and was taken to hospital. Two hours later, police found a second injured man outside the Comfort Inn and Suites on Rogers Place, about a 10-kilometre drive from the first shooting scene. Shortly after noon, RCMP reported both men had died."

Global is reporting that Rex Gill of Penticton, B.C. was one of the fatalities in Kamloops. In the picture they posted he's wearing a MC vest.

Kamloops BC Now is reporting that "The 31-year-old male victim of the Super 8 Hotel shooting has been identified as Cody Marcel Mathieu from Kamloops. He was previously known to police. The victim of the Comfort Inn and Suites was 41-year-old Rex Edward Gill from Penticton. He was not previously known to police. Police believe that organized crime was behind the violence, therefore, targeting specific people."

Castanet is reporting that "Police say a burned out vehicle was found in the Barnharvale area Wednesday that matches the description of a vehicle seen in the area at the time of the second homicide." They are referring to the double homicide as gang related.